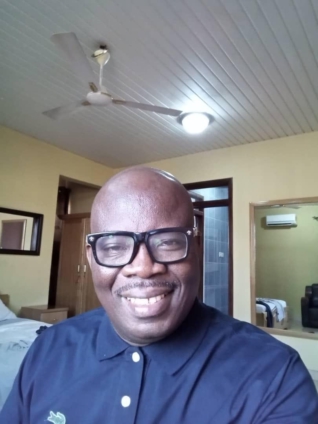 Politics is a game of strategy and numbers. It is not a game of magic or lotto. Your strategic calculations must lead you to high numbers, victory, and power, not low numbers, defeat, and opposition.

As a political party, the NPP’s current winning strategy is to pick a Christian from the South and a Muslim from the North. This strategy, which has won us four terms, was developed based on the nature of our political market. In other words, numbers informed the strategy—that is, picking a candidate from a dominant group always gives one an advantage.

From every indication, the APC of Nigeria seems to have had a similar numbers-based strategy that informed the selection of their presidential candidate for the 2023 election. From the look of things, as it happened in Nigeria, so shall it happen in Ghana that:

2). The Ghanaian president and his vice president will also exit together after serving two terms.

5) The President of Nigeria supported his Christian Vice President, who lost badly because the ACP delegates saw something the president didn’t see. They saw that if they picked the Vice President, the opposition candidate would have an advantage over him.

6) The President of Ghana is supporting his Muslim Vice President, who may lose badly because the NPP delegates also see something the president doesn’t see. They see that, should they pick the Vice President, the opposition candidate may have an advantage over him.

9) APC voting for a Muslim candidate doesn’t mean they hate Christians in the party. It is only a matter of a strategic decision that was taken based on the nature of the political market and current dynamics in the country.

10) NPP voting for a Christian candidate doesn’t mean we hate the Muslims in the party. It is also a matter of a strategic decision that was taken based on the nature of the political market and the current dynamics in the country.

Let’s do what would give us power, not what would please a group of people who are bent on controlling the party no matter the consequences. In politics, power comes first, and any other thing comes second. So, like the APC delegates in Nigeria, let’s be more power-conscious than money-conscious. Yes, the money would come, but take it as the reward for your sweat in 2016 and 2020.

The writer, E.G. Buckman, is a former Cape Coast Constituency Youth Organiser, a former Presiding Member of the Cape Coast Metropolitan Assembly and a 2004 Parliamentary Primary Aspirant. He is also the originator of the “Skirt and Blouse” political jargon.