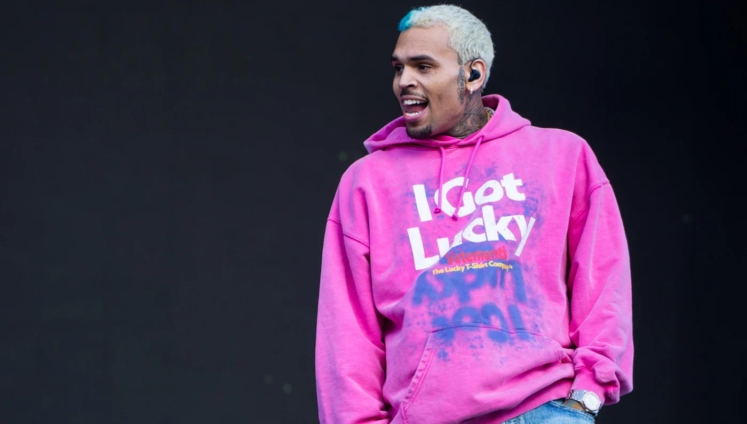 Chris Brown defended risqué photos he has taken with female fans at meet-and-greets on his recent tour.

On Monday, multiple photos of Brown’s meet-and-greets from his current “One of Them Ones” tour with Lil Baby went viral on Twitter, with many fans pointing out the unconventional and suggestive poses in the pictures.

Brown quickly took to Instagram to defend the photos, saying that he has the “coolest fans on the planet.”

“PSA!!! When artist (everyone) do concerts, they all have something called a VIP package,” he wrote in an Instagram Story. “I haven’t done meet and greets in over 7 years…I have the coolest fans on the planet… I appreciate the fuck outta them.”

Brown continued: “These are memories that will last with them forever. Unlike most of the lame ass artist that won’t make eye contact with the people who made it possible to even have a career. I only exist because these fans saw something in me I never thought was possible… So Ima go all out for my fans!!!”

Some fans thought that Brown had gone too far with the photos.

However, many acknowledged that the fans were getting their money’s worth for the VIP packages, which cost up to $3,500, according to CapitalXtra.

There's a meet and greet and then there's a Chris Brown meet and greet. People are getting their moneys worth 😂😂. https://t.co/ODCeIT35rX

Shane Martin, a Connecticut-based music marketing expert who operates meet-and-greets at concerts, also shared an Instagram post last week praising Brown’s interaction with his fans at his concert at the Xfinity Theatre in Hartford, Connecticut, recently.

“I’ve operated hundreds and hundreds of meet & greets over the years and never have I ever seen an artist interact with the fans the way Chris Brown did,” Martin wrote.

“Usually artists pose for the pic, maybe shake a hand or two and then say next, making the experience last about 20-30 seconds. But Chris Brown shook everyone’s hand, gave multiple hugs, signed multiple things, and took lots of very entertaining pictures with each person! He actually stood there and talked to each fan for 3-4 minutes.”

DISCLAIMER: The Views, Comments, Opinions, Contributions and Statements made by Readers and Contributors on this platform do not necessarily represent the views or policy of Multimedia Group Limited.
Tags:
Chris Brown
Meet and Greet