Chris Brown lashes out at Perez Hilton in Twitter feud 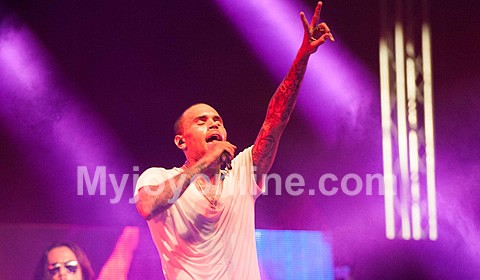 Chris Brown has become Perez Hilton's latest Twitter foe after the celebrity blogger took aim at the singer during a U.S. Tv appearance on Tuesday.

Hilton appeared to taunt the R&B star early on Tuesday when he took to the micro-blogging site to alert fans to tune in to The Wendy Williams Show, where he planned to discuss a candid interview Brown had recently given to Britain's The Guardian newspaper, in which he revealed he lost his virginity at the age of eight.

He wrote, "I hope @ChrisBrown doesn't watch! I'm talking about him on the @WendyWilliams show today and I'm going in!!!"

His Twitter post didn't go unnoticed by Brown, and he hit out at Hilton with a series of insults directed at both Hilton and Tv host Wendy Williams.

In a series of insulting messages, the singer wrote, "Thanks for the publicity. Your insecurities are manifested by your hatred. Princess Perez and wicked witch Wendy. Flunkies!

"Can't take advice from 2 buff chicks when one can't stand to look at herself without plastic surgery and the other is forever on his period."

Hilton, who is openly gay, took the rude words in his stride and instead corrected Brown's nickname for the blogger, firing back, "That's Queen Perez! BowDown (sic)."