Civil Society Organisations; what are they? And are they truly “all-knowing neutrals”? 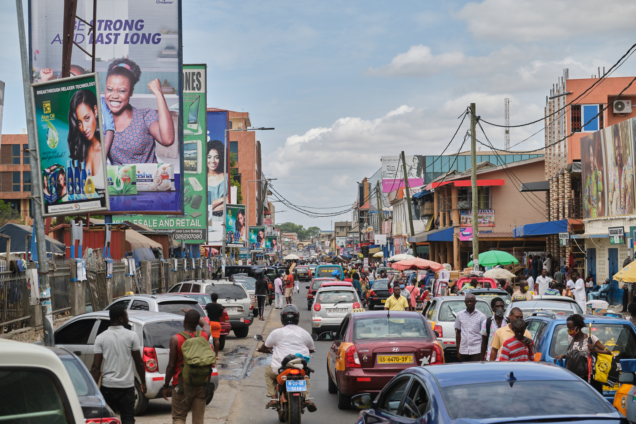 The Agyapa Royalties deal recently brokered by the President Nana Addo Dankwa Akufo-Addo led New Patriotic Party government has not only caused the tongues of a section of Ghanaians wagging, but has also made a number of Civil Society Organizations very busy and probably overworking themselves over the past couple of weeks.

While some Ghanaians, who will want to be considered as well-meaning, are applauding their efforts, others who hold the view that the government’s decision to invest Ghana’s gold royalties in a tax haven in a foreign territory, are busy castigating these CSOs and even calling them names. Some have even gone to the extent impugning their integrity and calling their reputation to question.

But the questions that immediately emerge on the minds of some other group of Ghanaians and which require some answers are as namely: What at all is Civil Society? What are Civil Society Organizations (CSOs)? What roles do or are CSOs supposed to play in the democracy and governance space?

How are CSOs funded? Who are CSOs accountable to? – and several other questions. These are precisely the questions this article will attempt to respond to – and because of my background in development communications, conflict peace and security, I shall lay special emphasis on the role and contributions of CSOs in the security sector.

The Concept of Civil Society

Civil society plays a crucial role in building and consolidating functional democracies, based on the establishment of effective institutions that respect the rule of law, respond to the needs of the population, and are accountable to that population and to civilian authorities.

Civil society can be understood as the political space that exists between the individual and the government. It is a domain parallel to, but separate from both the state and the market, in which citizens freely associate according to their common interests and values.

According to the World Economic Forum, it is a means of organising collectively within the public sphere and enables citizens to coordinate in order to express shared opinions, engage in dialogue with other actors such as the state or the private sector, and take action to influence the development of a society that reflects their values. This explains why CSOs don’t only engage state actors, but also private sector players.

It is, thus a cross-section of independent citizens who mobilise themselves, voluntarily, around issues of general interest and with a non-profit making aim. It encompasses non-governmental organisations (NGOs), community-based organisations, religious bodies, professional associations, trade unions, women’s organisations, student groups, cultural societies, etc. organisations and movements provide a social space independent from the government, but which maintains a permanent dialogue with it and with other state institutions such as legislative bodies. This space encourages participatory governance.

In contrast to government, civil society is not responsible for defining or implementing national policy, but it can contribute to the development of policy by lobbying to ensure that the needs of men, women, girls and boys are taken into account. It can also contribute to citizen oversight of the government’s work, particularly by monitoring the way in which public services are provided, including in terms of justice and security.

Civil society is also distinguished from other non-state actors in the public domain. In contrast to economic operators in the private sector, the main aim of civil society organisations (CSOs) is not to accumulate material wealth, but to contribute to the collective well-being by supporting a society based on values and rights. Whether led by volunteers or paid staff, CSOs work to defend common social interests, such as the protection of nature and the preservation of cultural heritage, but also larger efforts toward peace, human security and universal access to rights, and effective democratic governance based on the rule of law.

CSOs are also different from political parties, because their aim is not to acquire institutional power but rather to influence those who hold it, with a view to improving national governance through a participatory approach.

Finally, CSOs operate within the law, are regulated by specific legal frameworks (which differ from one country to the next) and aim to serve the general interest. In this way, they differ very clearly from criminal organisations, which represent another form of non-state actors who have an impact on the security environment.

The diversity of organisations that constitute civil society brings a wealth of characteristics and strengths as well as varying levels of experience related to governance and/or security. However, while specific expertise is useful, it is not, for instance, essential to participate in security sector governance, and therefore CSOs with other specialisations can also provide valuable input.

Principles that underlie the credibility of Civil Society Actors

To a large extent, the credibility of civil society actors depends on their commitment to certain fundamental tenets. Notable among these tenets include the non-profit-making nature of their activity. This does not however mean that CSOs cannot employ staff or fundraise, but that their end objective cannot be financial gain.

The independence and integrity of CSOs serves as a boost to their credibility. Civil society should be a place where citizens can act independently from political parties and government; and so the legitimacy of civil society actors is linked to their ability to maintain a critical distance from national policy-makers. It is also important to take a constructive approach.

The work of civil society seeks solutions to social problems affecting communities on all levels. Even where these problems have strong political connotations, civil society actors are considered to be independent, insofar as they do not defend the image and interests of particular political actors or aim to achieve institutional power.

Security Sector Reform is an inherently national process, the main aims of which are to guarantee that defence, security and justice institutions provide effective, efficient and accessible public services that respond to the justice and security needs of individuals and the state; that they operate according to principles of good governance and respect for human rights and the rule of law; and that they are accountable to civilian authorities and citizens through effective oversight and control mechanisms.

The draft ECOWAS framework on security sector reform and governance, for instance, stresses the need for the “effective involvement of CSOs and the media” in Security Sector Reform processes and security governance in West Africa. Thus, in addition to the Executive, the Parliament, judicial bodies and independent oversight institutions, CSOs also have an important role to play in security sector reform and governance. Their varying approaches for contributing to this area may be formal or informal, generic or specialised, national or local.

The role of CSOs is crucial in meeting the normative requirements, codified in various international instruments that apply to West African countries, notably the African Union Policy Framework on Security Sector Reform; political requirements, necessary for democratic governance, which strengthens the legitimacy of decision making affecting the security of individuals. They are also crucial in meeting the strategic requirements, on the one hand to strengthen the necessary national ownership of the process, including ownership by all national actors of the mechanisms put in place for effective and transparent governance of the security sector –a necessary condition for Security Sector Reform to have sustainable results, and on the other to ensure that security policies take sufficient account of the real security needs of the whole population, including women, men, girls and boys, and respond effectively to them.

In most West African countries, citizens’ organisations strive to monitor the work of those in power and to influence them, either directly or indirectly, through lobbying, public statements or institutional procedures, to ensure that they take into account the needs of citizens on questions relating to human security in the broadest sense. As such, these organisations attempt to generate a dynamic public debate and public opinion that cannot be ignored by the government within the context of security sector reform and/or governance.

More specifically, CSOs contribute toward ensuring that the security needs of minority or vulnerable groups are placed on the public agenda. Various organisations in the region specialise in the defence and protection of the rights of ethnic minorities or groups in vulnerable situations, such as refugees or internally displaced persons, people with disabilities, young girls and boys who are particularly exposed to abuse and poor treatment.

And so the tag of “All Knowing Neutrals” placed on CSOs in this country is not true and can only be said to be unfortunate. They have never made the attempt, or acted as though they are the repository of all knowledge in a democracy. They only work to add to enrich the policy debate which in turn results in the passing of policy that will be beneficial to all and a not only a select few. In any case who said there is something called “neutrality” when it comes to the national discourse? –or when an issue borders on or relates to how the best one’s taxpayers money will be put to use?  And it feels sad when one seem to suggest that it is only when you are neither NDC nor NPP that you can be “neutral”. As far as the national discourse is concerned, there can be no such thing as “neutral”. Members of CSOs are only performing a constitutional duty –and that is being active citizens.

The Author, Andrew Muniru Nantogmah is a Development Communications Consultant and Conflict Peace and Security Analyst

DISCLAIMER: The Views, Comments, Opinions, Contributions and Statements made by Readers and Contributors on this platform do not necessarily represent the views or policy of Multimedia Group Limited.
Tags:
Agyapa Minerals Royalties Limited
All-Knowing Neutrals
Civil Society Organisations