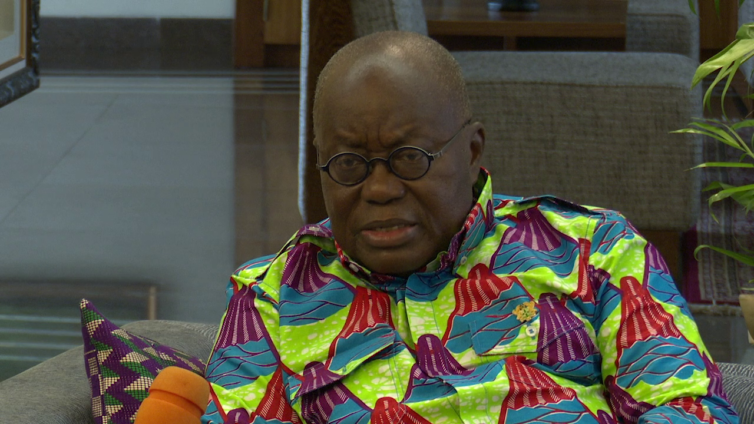 President Akufo Addo says despite the relentless war waged by some Civil Society Organisations (CSOs) to ensure he failed in his reelection bid in 2020, he will continue to listen to all divergent views in the fight against corruption.

In a meeting with members of the anti-corruption coalition, he said he cannot overlook the partisan nature of some of the allegations of corruption and the complicity of some of the CSOs behind the assertions.

But he said despite his misgivings about the neutrality of some groups, he is required to listen to all shapes of opinion with the overall objective to deal with the canker of corruption.

“In my commitment to develop state agencies to act in the interest of whom they serve, I have not deviated from that. But there is something we cannot overlook, the highly political atmosphere in which some of these allegations are raised, in which some of the CSOs are privy to and complicit,” he said.

According to him, the line between the CSOs making independent and politically related commentary “is very thin and in most cases, the lines are in fact crossed.”

“Civil Society Organisations that mounted a campaign that, dare not I continue not to sit in this seat, and I believe a lot of objective people will appreciate the point that I make.

“Nevertheless, when you are the head, you are required to listen to everybody and together we will succeed, but more importantly, we need to appreciate the times that we are in, where you can speak your mind and not be worried about the midnight knock,” the President stressed.

President Akufo-Addo stated that his government’s commitment in the fight against corruption is manifested in the logistical and financial support provided by state anti-corruption agencies which for him, is unprecedented.

He said it is a matter of record that his administration, since 2017, had increased resource allocations to anti-corruption institutions such as Parliament, the Judiciary, Police, EOCO, and CHRAJ, among others.

“It is unfortunate that the perception is that the commitment of government is waning, especially when two or three facts are taken into account.

“I don’t think that any government has mobilised resources to give the opportunity for anti-corruption agencies of the state to function as efficiently as this government has done. It is a matter of record,” he said.

The President noted that the vexed issue of fighting corruption would have been in vain without such investments in anti-graft institutions.

“If the institutions of the republic that are meant to take the struggle are not capable to do so, all talk about fighting corruption remain meaningless,” he stressed.

He added that the yearly increases in the budgetary allocations for the anti-corruption institutions are a clear demonstration of the commitment of government to fight corruption.

The Ghana Anti-corruption Coalition is a cross-sectoral grouping of public, private and CSOs with the sole aim of building a national effort to confront the problem of corruption and devise effective control measures.

Chairman of the Coalition, Nana Osei Bonsu, said the group is unhappy with what he describes as the insensitivity exhibited by some public officials in their reaction to calls for the resignation of the Health Minister, Kwaku Agyeman-Manu in his handling of the Sputnik V vaccine deal.