Agyapa Royalties: Revised deal to return to Cabinet for reconsideration 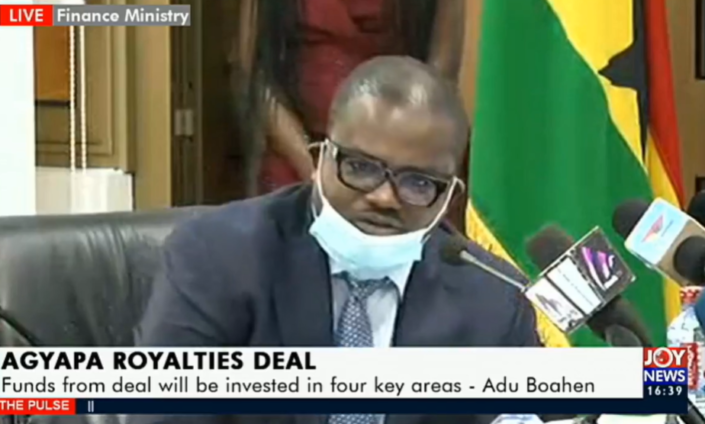 The President’s Representative to the Finance Ministry, Charles Adu Boahen says a revised Agyapa Royal Mineral deal will be submitted to Cabinet for reconsideration.

This revised deal, he said, has incorporated changes based on all the concerns raised about the Agyapa Royalties.

“We have listened to the people, we have made the amendments to the documentation and as the President has instructed, it will go back to the A-G (Attorney-General).

“The A-G is supposed to review the transaction and the documents and then we come back to Cabinet where they will take another look at it. And then if they are comfortable with the new structure and feel it addresses all their concerns, we will then go back into Parliament most likely for their blessing,” he stated.

“There was a concern about the royalties that were accrued to these investors and that it should be capped and that they shouldn’t be into perpetuity. That we have changed.

Despite public outcry against the deal, Mr Adu-Boahen believes that the Agyapa deal “really to the benefit of Ghanaians and Ghanaians at large”.

Meanwhile, Member of Parliament for Yapei Kushegu, John Jinapor insists that the deal is bad and that the Minority will not assent to it, describing it as “dead on arrival”.

“This whole Agyapa thing they should shelve it if we want to deal with our mineral royalties and our income, we can have a bipartisan discussion and come to a conclusion.

Mr Jinapor asked for civil society organisations to be involved in the debate, adding that Parliament on its own can procure the service of an expert to come and look at it and advise Parliament.