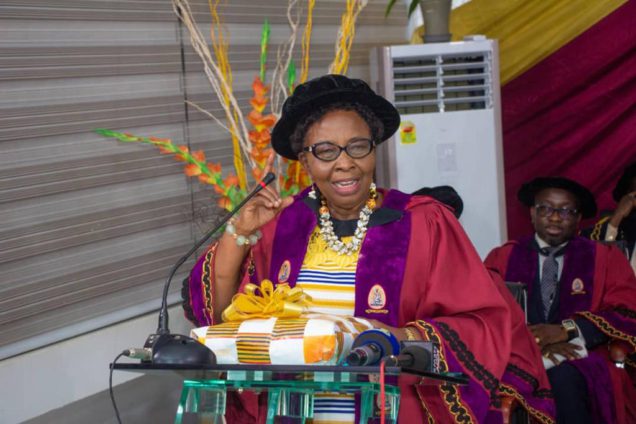 The Principal of Jackson College of Education (JCE) has made a passionate appeal to the Ghana Education Service (GES) not to leave out graduates of the College when posting teachers to various basic schools across the country.

Theodosia Jackson made the call on Monday during the 9th Congregation of the College in Kumasi which was held on the theme, ‘Virtual Learning: A Solution to Mitigate the Impact of Covid-19 on Education’.

She said it is important for government to recognise the contributions of the college in teacher education by employing its products who have satisfied all requirements necessary for recruitment including the licensure examination.

This, according to her, would motivate the college to do more to complement government’s efforts to ensure quality education, especially at the basic level of our educational system.

The ceremony which was held virtually saw the gratulation of 1,924 students from 28 learning centres in 13 regions.

This brings the number of professionally trained teachers produced by JCE since its establishment in 2009 to 14,335.

While a few of them have been previously posted, a huge number of them are currently home even after passing their licensure examination, a situation that does not encourage private sector participation in quality education delivery in the nation.

Mrs Jackson, therefore, earnestly implored government to take a critical look at the situation to ensure equity since the graduates of private schools are equally Ghanaians who deserve to be employed just as their counterparts in the public schools.

She said it is disheartening to train teachers as a private entity committed to national development and still continue to appeal for such essential service providers to be employed.

“We train these teachers without the support of government and also pay taxes so it is only fair to engage our products so that we can collectively build this nation as stakeholders,” she stated.

She noted that graduates of JCE have been well trained and that a few of them who are on the field have received a commendation from their District Directors of Education as being hardworking and committed to duty.

“We have been following up to assess how our graduates are performing on the field and the feedback we receive from their School Improvement Support Officers and District Directors has been encouraging,” the Principal pointed out.

She said because of the training given to their students, most of them accepted postings to rural communities without hesitation thereby earning the appreciation of their directors.

“What would have happened to the over 14,000 teachers we have trained over the years? Some of them could have become armed robbers for lack of opportunities so I wish to entreat the government to extend the postings to such people,” she passionately appealed.