Cow named after Robert Burns given to Rwandan hero

A man who saved a baby left for dead during the Rwanda genocide has been presented with a cow after Scotland’s national bard.

Amiel Mbarubukeye rescued Delphine after he found her lying next to her dead mother as he was burying massacred Tutsis during the civil war in 1994.

Mr Mbarubukeye raised Delphine until her father was traced.

The farmer has now been presented with a cow named Burns, which was bought with money raised in Scotland.

He had helped to organise the charity event near Cumnock, East Ayrshire, which raised the money for the animal.

He said: “I have been to Malawi and witnessed the difference that livestock can make to a person’s life and the life chances of those around them.

“It can transform lives and we’re delighted for Mr Mbarubukeye.

“It is a touching and moving story because he was a Hutu and was burying the bodies of minority Tutsis who were persecuted, and he decided to save an innocent life instead.” 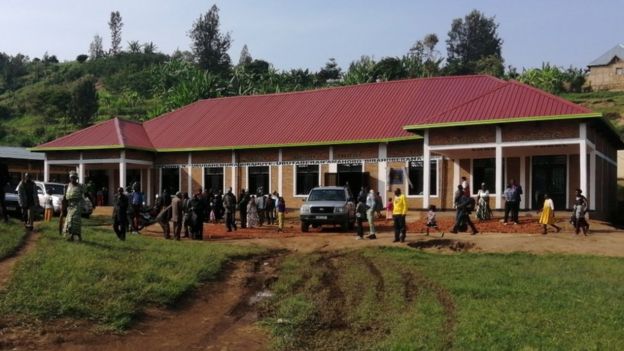 Mr Mbarubukeye, a member of the Hutu ethnic group, wrapped Delphine, who was injured, in his jacket when he found her and then hid her in bushes.

He later took her home to his wife.

The couple had a baby of the same age and decided to look after Delphine and raise her until they could trace any surviving relatives.

This put them at risk because of the ongoing ethnic conflict but they managed to keep Delphine safe because no-one could tell whether she was a Tutsi or a Hutu.

After about three years, Mr Mbarubukeye traced Delphine’s father, who was in the neighbouring Democratic Republic of Congo, leading to father and daughter eventually being reunited.

Delphine is now a married mother-of-two living about an hour from where she was found by Mr Mbarubukeye. 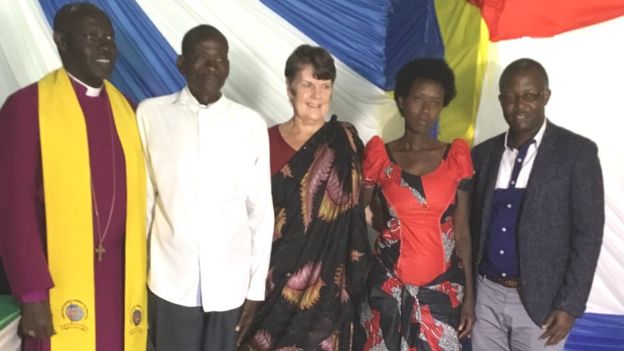 Delphine presented Burns the cow to Mr Mbarubukeye at the opening of a new reconciliation centre at Butembo in the Democratic Republic of Congo last month.

At the same time the charity Goboka Rwanda Trust. which runs the cow gifting scheme, also presented a cow to Delphine.

Heather Thomas, the chief executive of the trust, said: “The difference this can make to people in Rwanda is huge. It is like someone in this country being given a Porsche.

“Livestock is such a precious gift in Rwandan culture and the knock-on effects are so positive too.

“We know that it is only by forgiveness and moving forward together in unity that the country can face a peaceful future as a united country, and this is a small step down that road.”