Mr. Kurt Okraku who stood on the ticket of Dreams FC pulled the highest vote after securing 35 votes out of the 48 votes cast while Mr. Kwaku Osei and Mr. John Frederick Mensah both had 27 votes.

Amongst the candidates who failed to secure the required votes include incumbent GFA Vice President Mr. Fred Crentsil who had 23 votes and Mr. Otuo Acheampong Barima Boadaa who had 13 votes.

Other contestants who failed to emerge victorious include Mr. Jones Abu Alhassan (RTU) who had 4 votes, Mr. Oloboi Commodore (Sporting Mirren) with 12 votes and Mr. Ebo Kobina Appiah with 1 vote.

Below are the results as declared by the Electoral Committee: 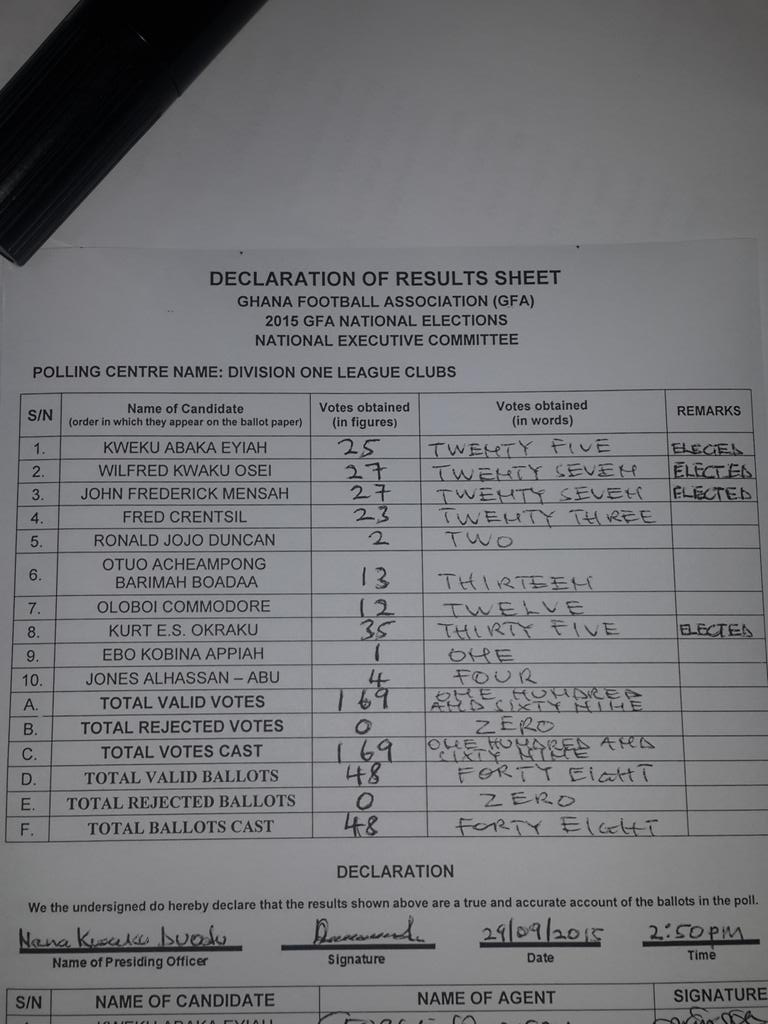