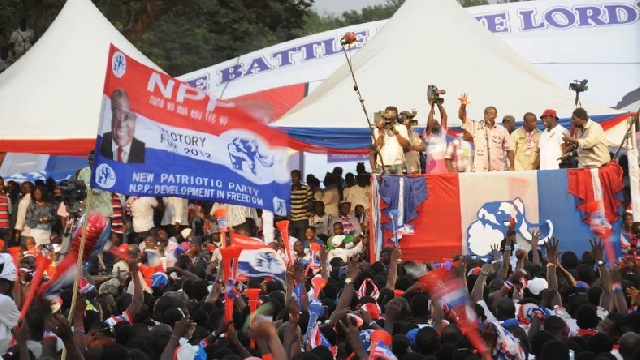 The Parliamentary Election Committee of the governing New Patriotic Party (NPP) in Dome-Kwabenya have lodged a formal complaint to police over allegations that supporters of incumbent MP, Sarah Adwoa Sarfo, have seized the constituency voter album.

Chairman of the Committee, Moses Osei Forjour, led two other top members of the committee to lodge the complaint at the Kwabenya District Police Station at Taifa last Friday.

According to the camp of the aspiring MP for the constituency and the incumbent’s main contender, Mike Oquaye Jnr, a leader of the campaign team of Adwoa Safo attacked and snatched the NPP constituency album from the parliamentary elections committee at the meeting and bolted away with it on April 21, 2020.

“This nearly ended in a confrontation between a few supporters of Mike Oquaye Jnr, faction and the group of supporters who planned and executed the needless act.

“The leadership of Mike Oquaye Jnr campaign group wish to state empathetically clear that His Excellency Mike Oquaye Jnr and his team were not aware and do not have a hand in any act of clash, so claimed by the Team of Adwoa Safo,” Mike Oquaye’s camp said in a statement.

Read the statement below.