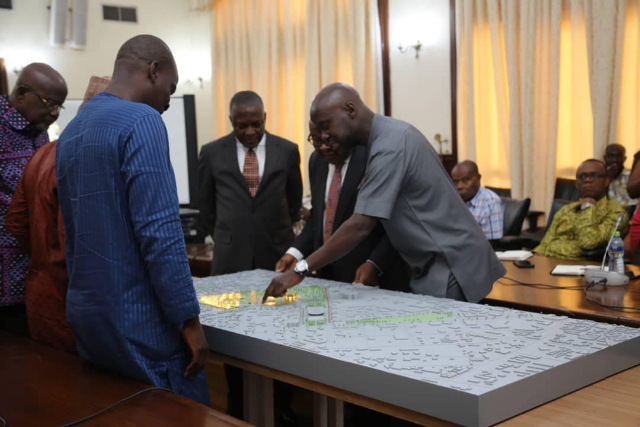 A governance expert has cautioned Parliament against any attempt to restart the processes to construct a new chamber will be resisted.

Dr Eric Oduro Osae said on Newsfile on Saturday that the project is unnecessary and must be abandoned completely.

“I am happy they dropped it due to public pressure…and I am happy that all key actors are clear in their minds that this idea is not something that the citizens are going to buy in,” he said.

The $200-million project with the capacity to sit 450 parliamentarians has been suspended by the Parliamentary Service Board after intense public protest.

Anger on social and mainstream media has been simmering since it emerged plans were being made to build a new chamber.

A protest against the decision was planned for Saturday, July 13, but suspended subsequently.

Majority Leader, Osei Kyei-Mensah-Bonsu, who strongly supported the construction of the chamber, granted many media interviews cataloguing reasons why the decision was a sound one.

He was forced by the palpable anger of the general public, including residents of his Suame Constituency, where he represents as an MP, to beat a retreat, announcing no firm decision had been made in respect of the building of the new chamber.

Some MPs actually expressed anger with the leadership of the House for failing to properly inform them and proceeding to concretise plans for the new chamber.

The Majority Leader apologised for not informing the MPs of the discussions initiated before 2012.

Subsequently, the Parliamentary Service Board announced a decision to drop plans to build a 450-seat chamber.

However, in a statement after that resolution, the Board indicated it may bring back the project at the right time.

An artistic impression of the new 450-capacity chamber

Despite beating a retreat, governance expert Dr Oduro Osae said the question of whether MPs have dropped the issue altogether is another matter.

“But the caution is, they dare not introduce it again. Because if they introduce it, citizens will come after them,” he warned.

Private legal practitioner, Ace Ankomah is, however, blaming the public uproar on what he describes as a disconnect between parliament and the public on its core duties.

According to him, the opposition to the idea of a new chamber shows a disconnect with the people they are representing.

“There is a disconnect that you [Parliament] are not identifying, you are living in your own world and maybe this is bringing your feet to the ground to say that Ghanaians have questions.

“Maybe if they fully understood and appreciated what you are doing, they will appreciate why you need new offices.

On his part, Yapei Kusagwu, MP John Jinapor rather wants attention paid to improving the capacity of MPs in the discharge of their duties.

“Beyond this chamber, we should be looking at ways we can make MPs effective,” he said.