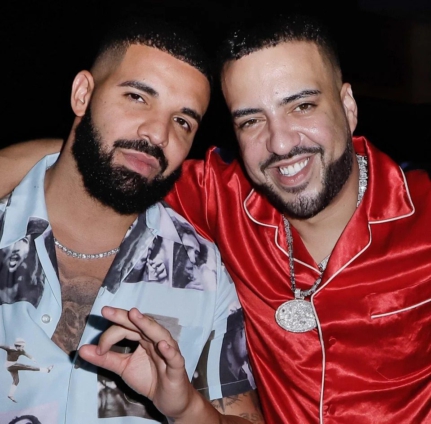 Drake has reportedly paused the release of his forthcoming song with French Montana amid the Astroworld Festival tragedy.

On Friday, Montana, 37, will release his latest album, They Got Amnesia, which originally featured a collaboration with Drake, 35, titled “Splash Brothers.”

The song has now been dropped from the LP and will likely be released on an upcoming deluxe edition of Montana’s fourth studio album, TMZ and Variety reported.

At this time, the song has been pulled from Apple Music, Spotify and other music streaming services, TMZ added.

Reps for both Drake and Montana did not immediately respond to PEOPLE’s request for comment.

Montana and Drake have collaborated on numerous songs over the years, including the popular tracks: “Pop That” and “Stay Schemin’.”

The decision to pull Drake’s song with Montana comes about two weeks after 10 people were killed, and hundreds more were injured, during a crowd surge at Travis Scott’s Astroworld Festival.

There, the “One Dance” rapper was a surprise guest performer and appeared on stage at the festival with Scott, 30, at Houston’s NRG Park.

Following the incident, Drake released a statement, expressing: “My heart is broken.”

“I’ve spent the past few days trying to wrap my mind around this devastating tragedy,” he began. “I hate restoring to this platform to express an emotion as delicate as grief but this where I find myself. My heart is broken for the families and friends of those who lost their lives and for anyone who is suffering. I will continue to pray for all of them, and will be of service in any way I can. My God be with you all.”

Drake has since been named in a $750 million lawsuit filed Tuesday by a Houston lawyer on behalf of 125 Astroworld Festival victims, including the family of one man who died.

Other named defendants also include Scott, 30, Apple Music, Live Nation, Epic Records, Scott’s Cactus Jack Records and Tristar Sports & Entertainment Group, according to the complaint, which was obtained by PEOPLE.

While the Certified Lover Boy rapper “does not have as prolific of a history inciting violence,” he has still “greatly benefitted from [Scott’s] ‘sicko’ legacy,” the complaint alleges.

“When [Drake] accepted [Scott’s] invitation to perform at Astroworld 2021, [Drake] was well aware of the damage [Scott] had caused at his shows in the past,” attorney Tony Buzbee writes in the lawsuit. “[Drake] was also well aware of the anticipated size and volatility of the crowd, and the likelihood of incitement.”

Dozens of lawsuits have been filed against Scott and concert organizers over the incident, the Houston Chronicle previously reported.