Drake has got the world’s most impressive watch collection 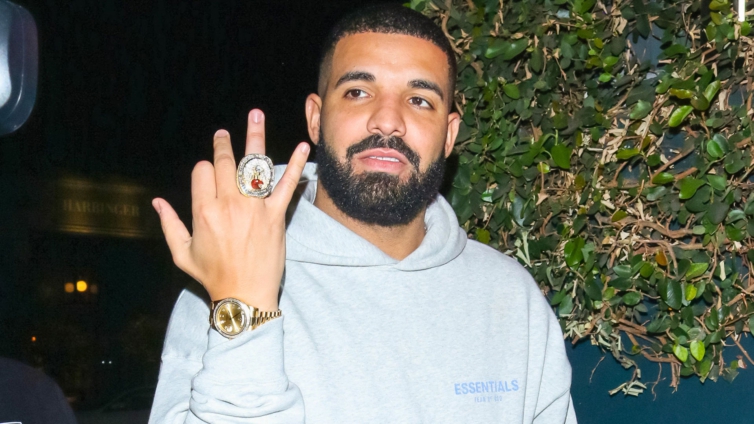 Canadian rapper Drake has a lot of things.

He owns one of the finest mansions Architectural Digest has ever decided to give us a tour of, holds the record for the most top ten hits on the Billboard Hot 100 and has a stellar car collection, consisting of everything from a Bugatti Veyron to a steel-grey Lamborghini Aventador Roadster.

He also has one of the best and, more than likely, most expensive watch collections on the planet. For Drake, nothing is off limits. Diamonds, jewels and crystals are this man’s best friend (just take a look at his jewellery collection) and his gaudy horological trove is reflective of that.

With super-exclusive custom Rolex and Audemars Piguet creations, he’s got a line-up that we could only dream of owning and not because we don’t earn enough to cop any of them, but because they’ve been designed specifically for him.

Without further ado, below are some of the best he’s worn over the years.

While cruising around in his Mercedes-Maybach S-Class Landaulet (naturally) earlier this year Drake gave us a glimpse of his eye-catching Rolex x Chrome Hearts model.

Flashy and unaffordable for the rest of us, the custom timepiece features a polished gold face and hands and silver case encrusted with baguette-cut diamonds.

What makes it totally unique is that Rolex’s presidential chain has been replaced with an extravagant Chrome Hearts-designed gold number (remember when Matt LeBlanc wore an OTT Chrome Hearts leather sling in 1996?), which has been dotted with bejewelled crosses.

Drake’s custom Patek Philippe might look the part, but probably won’t impress the actual watchmakers over at the Swiss firm, who notoriously frown upon custom models. The slimed-out, emerald-encrusted Patek Philippe Nautilus was actually mentioned in his track “The Life Is Good”, which dropped earlier this year, and a couple of days later Champagne Papi was boasting about it over on the ‘gram.

Made in collaboration with Mad Paris and designed by Virgil Abloh, Drake’s Nautilus is covered (strap included) in emeralds. Not bad.

While the rest of us took a pause on spending this year, Drake carried on. He flashed this Alyx-customised Audemars Piguet Royal Oak back in July, which was made by Matthew Williams and, again, custom-jewellery designer to the stars Mad Paris.

A favourite among the rich and famous, with fans including Kanye West, Jay-Z, Justin Bieber and Neil Patrick Harris, Piguet’s Royal Oak doesn’t need any updating, but Drake and Williams went there.

Jacob & Co produces watches with skeleton frames that allow you to see the inner workings. For most, that would be impressive enough. For Drake, a timepiece needs more. His own Jacob & Co design features a double-axis tourbillon, a magnesium-lacquered globe and time display, all rotating around the dial in ten minutes.

Underneath there is a working roulette table with ceramic ball, while on top is a one-carat, 288-facet Jacob-cut diamond, which spins a full rotation every 30 seconds. Overly complicated, but oh-so-necessary.

Late in 2019 Drake brought “Hotline Bling” to life by wearing what was possibly the best watch we’d seen all year. Cast in 18-carat gold, Drake’s Rolex Day-Date 40 is an example of the Swiss brand’s prowess when it comes to metal manufacture.

Operating four different manufacturing foundries across the world, the Swiss brand creates its very own formulas for three different kinds of gold and its own formulation of 904L stainless steel. Even the hour markers have been fashioned from 18-carat gold to prevent tarnishing.