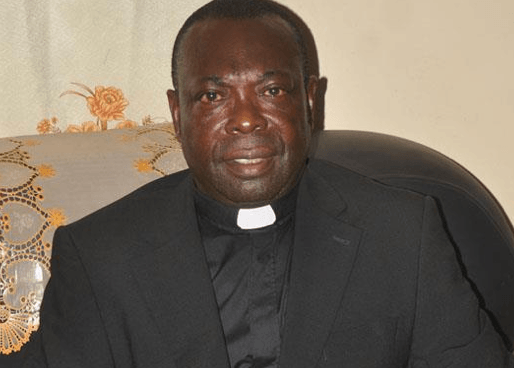 The Acting Moderator of the General Assembly of the Evangelical Presbyterian Church (EPC), Ghana, Reverend Elisha E. Attu has directed the suspension of all activities that involve the late Moderator of the Church.

The activities include ordinations, induction of Synod Moderators and heads of institutions, among others.

The directive was contained in a pastoral letter signed by Rev. Attu on October 30, 2020, and addressed to all congregations of the Church.

Rev. Attu also directed that all appointments and inaugurations of committees be put on hold until further notice.

He said the directives were due to the death of Rt. Rev. Dr Seth Senyo Agidi, Moderator of the General Assembly of the Church.

Rev. Attu asked all institutions, including congregations, schools, hospitals, offices and hotels of the Church, to fly the Church’s flag at half-mast from November 1 to 30, 2020.

He also directed that all installations and institutions of the Church be decorated with mourning clothes and that all members should wear red or black attire to Church throughout November.

Rev. Attu said a minute’s silence be observed in memory of the late Moderator and prayers said for the bereaved family every Sunday.

He described the death of Rt. Rev. Dr. Agidi as a big blow to the Church, saying the passion with which he did his work to the extent of performing his divine duties from a wheelchair was worth emulating.

“The Church lost a Shepherd and a gallant soldier of the army of Jesus Christ,” he said.

The Acting Moderator expressed his condolence to every member of the Church, especially the bereaved family.

Rt. Rev. Dr Agidi was said to have collapsed in his house in the morning of October 10, this year and was rushed to the Ho Teaching Hospital, where he died later in the day.

DISCLAIMER: The Views, Comments, Opinions, Contributions and Statements made by Readers and Contributors on this platform do not necessarily represent the views or policy of Multimedia Group Limited.
Tags:
E.P Church