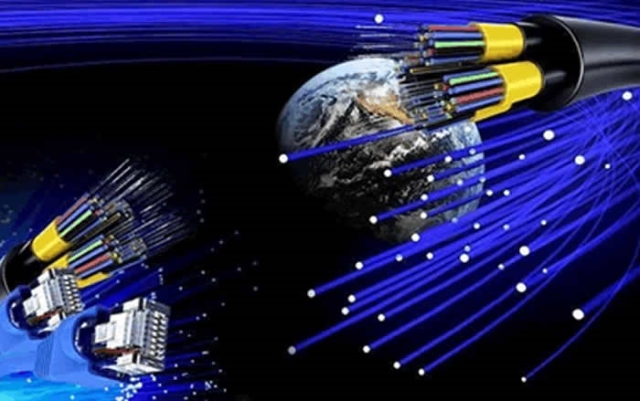 The 165 kilometres, which connects the Eastern Corridor Optic Fibre from Ho to Accra, was financed with a grant of € 3,795, 017 from the Danish Government.

The provisional handing over the certificate, which had one year warranty was signed by Mrs Ursula Owusu-Ekuful, the Minister of Communications and Mr Jan Plenge, Export Director, Nokia, in Accra.

Mrs Owusu-Ekuful said, “having an adequate infrastructure on which all digitalisation effort would ride and having the necessary fibre infrastructure was a Sine qua non (an indispensable condition); adding that no part of this country can be left behind and so this project was commenced”.

She said originally the project extended from Ho to Bawku; declaring that “but we noticed that without the metro fibre link from Accra to Ho, we couldn't derive the optimum benefit from this project”.

She said the Eastern Fibre connects 120 communities along the route; and that major towns like Kpando, Jasikan, Nkwanta, Bimbila, Yendi, Gushegu were all connected through that.

“Fibre is there, but we do need to work on the last mile to link the communities along the route to the fibre backbone and that we are actively working with partners to develop, then we can derive optimum benefit from that fibre,” she said..

She said in line with the Policy of the Ministry of Finance, her Ministry would ensure all districts, municipal and metropolitan areas were connected to the national fibre optic network to facilitate the smooth implementation of the Ghana Financial Management Information System (GIFMIS) project.

She said: “We are also very keen in digitising governance and making government more accessible to the people and we need to necessarily put in adequate infrastructure to make that happen.”

“And so we need to connect the Eastern Corridor Fibre Optic Network to Accra,” the Minister added.

Mrs Owusu-Ekuful commended DANIDA for the assistance that it had been provided to really give effect to the project.

“And extend our gratitude to the Danish Government and people for continuing to undertake projects like this which deepen the historic links that we have with you and the bonds of friendship that we've had with you.”

She said a lot had been done to secure enough network infrastructure for all the government commercialisation or digitisation effort and to promote optimum use of technology at all levels.

The Minister said a lot had been done to ensure the delivery of optimum e-governance services to the people and facilitate government to government and government to people interaction.

“Government can't do it alone, and we are encouraging the private sector to also get involved and we will be exploring public-private partnership initiative and grant opportunities to get that done with the right technical partners.”

She commended the entire team and NITA technical personnel whose efforts led to the fruitful execution of the project and urged NITA officials to work hand in hand with the contractors and the commercial partners to ensure that the network was adequately maintained.

“No matter how high specification of the network we put in place, if we do monitor, operate and maintain it adequately, it will breakdown and the investment we have made would have been wasted,” Mrs Owusu-Ekuful stated.

Madam Degnbol said the project was a condition for the implementation for the Ghana Card project and other initiatives such as e-governance and e-health.

She lauded the development collaboration between the Ghana and Denmark over the past 25 years.