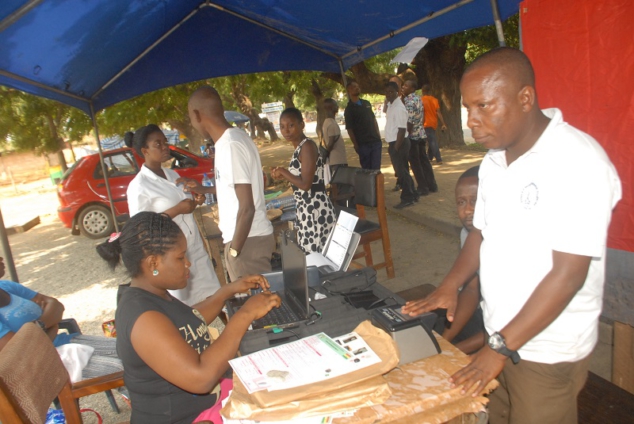 The Electoral Commission has officially condemned the violent acts which have been occurring at various polling centres since the registration exercise begun on June 30.

According to a statement issued by the Commission on Monday, the disturbance which is being perpetuated by some political party supporters and sympathizers disrupts the democratic system of the country.

It therefore, cautioned perpetrators of the illegitimate activities to stop.

“The Commission condemns such acts during a civil exercise like the Registration of Voters and calls on security agencies to investigate the issue as a matter of urgency to bring the perpetrators to book.”

The statement further stressed that the violent acts breach the Vigilante and Related Offenses Act, 2019 Act 999 which disbands violent activities of political parties and makes political vigilantism an offence punishable by a prison term.

It then urged political parties to challenge an applicant’s eligibility through the appropriate means which is to fill a Challenge Form for it to be presented to the District Registration Review Committee for a ruling on the matter. “

“We have therefore cautioned against the use of violence to challenge a person’s eligibility. The Commission calls on the public to condemn the violence and urges all eligible voters to turn out in their numbers to register to vote in the 2020 General Election.”

DISCLAIMER: The Views, Comments, Opinions, Contributions and Statements made by Readers and Contributors on this platform do not necessarily represent the views or policy of Multimedia Group Limited.
Tags:
Electoral Commission
Electoral violence
Voters Registration Exercise