Ecowas ‘will not support removal of Mali’s president’ 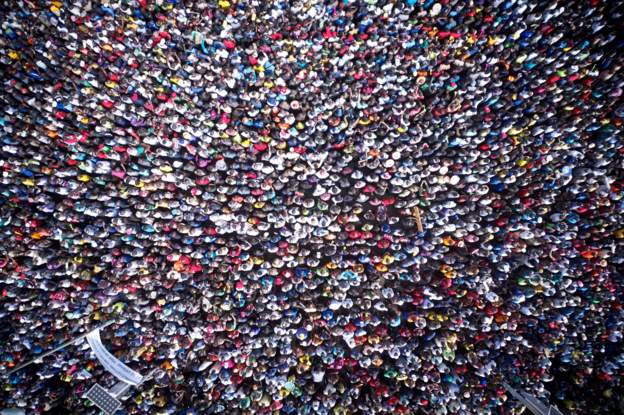 The former Nigerian President Goodluck Jonathan, who recently led a diplomatic delegation to Mali, has said that the West African regional group Ecowas will not support the removal of President Ibrahim Boubacar Keïta.

Opposition groups have been calling for President Keïta to stand down over his handling of Mali’s long-running violence by armed militant groups, an economic crisis and the disputed elections.

But Mr Jonathan said leaders must be elected and they should leave under constitutional processes otherwise there would be what he called “Banana Republics all over”.

Mr Jonathan said Ecowas cannot preside over the removal of an elected president, adding that not even the African Union or the United Nations can do so.

The opposition coalition in Mali has rejected recommendations by the Ecowas team for the formation of a unity government and reconstitution of the country’s top court which overturned the disputed legislative elections held in March.

They say their demand is simple – President Ibrahim Boubacar Keïta must resign – citing widespread insecurity, corruption and the disputed polls.

For the moment Mali’s political opposition has said protests will be halted, in a truce ahead of the Muslim festival of Eid.

A second team of West African leaders including the presidents of Niger, Senegal, Ghana and Ivory Coast are expected in Mali on Thursday in another attempt to resolve the political crisis.