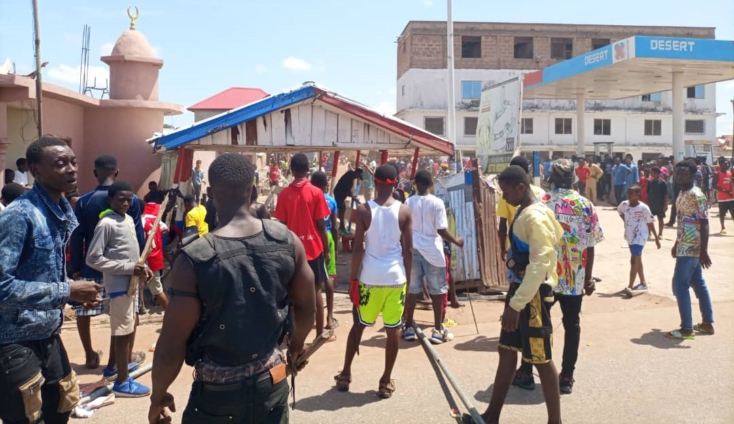 The Nifahene of the Ejura Traditional Area, Nana Osei Kwadwo Ansebie II has said the youth of Ejura may not have reacted differently even if the Municipal Police Commander had been proactive in addressing complaints lodged by the youth on Kaaka’s attack.

“My Lord, knowing Ejura as it is, and the sort of violence and those things that come in, whether they took immediate action or they delayed, I believe those who did what they did would have done the same thing,” he said on Wednesday.

The youth took to the streets to protest against the murder of a social activist, Ibrahim Mohammed, also known as Kaaka, after news of his demise reached them.

The angry protesters ended up destroying some properties which led to the shooting and killing of two persons and others injured following the deployment Military officers.

Testifying before the three-member Committee set up to investigate the Ejura disturbances, which occurred on June 29, 2021, Nana Osei Kwadwo Ansebie II noted that the actions of the youth may have resulted from their lack of confidence in the Police.

According to him, the youth had alleged that the Police delayed in taking action on Kaaka’s attack, although they had made a formal complaint.

But, he believes that the alleged delay of the Police was not the only reason for the action of the youth, “if so, then the disturbances should have been limited to the Police. They wouldn’t have extended it to go and destroy other facilities, structures and those things in town.”

Sharing his view on the deployment of the Military personnel in relation to the conduct of the youth, the Ejura Nifahene said, “I believe getting them in, was a good thing, sadly it led to casualties but it was a good thing.”