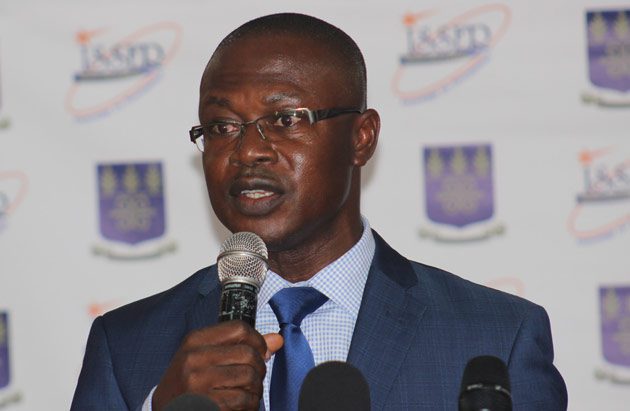 Economist, Prof Charles Godfred Ackah has described as cultural imperialism the alleged denial of visas to politicians on the basis of their inclination towards the Anti-LGBTQ bill.

According to him, the development where diplomatic missions will hold citizens to ransom because of their support for the said bill currently in parliament does not sit well with him.

“After being a sovereign nation and having our independence, we cannot go to the UK from Ghana and ask them to legalise polygamy. Why will somebody want to use all tactics to force it upon us?” he quizzed on Saturday.

This argument comes in the wake of the Member of Parliament for Tamale North, Alhassan Suhuyini, who said he has been denied a visa by the Netherlands Embassy with the explanation that he would not return to Ghana.

The MP is one of the strong proponents of the Promotion of Proper Human Sexual Rights and Ghanaian Family Values 2021.

Mr Suhuyini suspects his case may have something to do with his backing of the controversial draft bill.

“For the Netherlands to ignore my status as a member of Parliament with the responsibility to an entire constituency, which was known to them, my valid travel visas to the UK and USA and my numerous previous travel records, which indicate I have never overstayed any visit abroad, my beautiful family, and deny me an entry visa on the basis that, there was insufficient evidence that I have significant social or economic ties to my country to prompt my return after my intended visit, could only have been deliberately taken to provoke me and also undermine Ghanaian state officials and diplomats,” he said in a Facebook post.

Speaking on Newsfile, the Associate Professor with the Institute of Statistical and Social Research (ISSER) insisted that the efforts will not wash as the proponents are committed in their resolve to clamp down on the act through legislation.

Prof Ackah explained that “Western civilisations want to now impose that as a culture on the whole world and I will be surprised that Ghanaians will support that kind of imperialism.”

The economist is one of the personalities who have presented memoranda in support of the bill currently before the Committee on Constitutional, Legal and Parliamentary Affairs.

DISCLAIMER: The Views, Comments, Opinions, Contributions and Statements made by Readers and Contributors on this platform do not necessarily represent the views or policy of Multimedia Group Limited.
Tags:
Charles Godfred Ackah
Embassies
Imperialism
Promotion of Proper Human Sexual Rights and Ghanaian Family Values Bill 2021