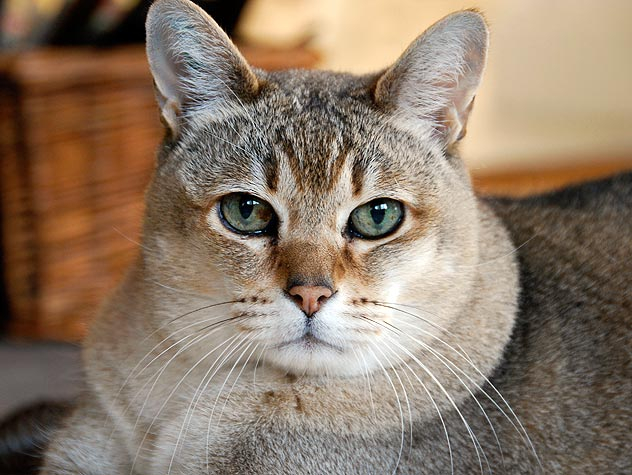 A family in Russia’s Barnaul region was recently taken to court by the local energy company for accumulating a debt of approximately 80,000 rubles ($1,218) in unpaid bills. In their defense, the accused claimed that it was all their cat’s fault, not theirs.

It’s one thing for kids to say “the dog ate my homework”, but you don’t often hear adults trying to lay the blame on their pets in order to avoid taking responsibility for their actions.

That’s exactly what this family in Barnaul did, though, and not just anywhere, but in front of a judge. Accused of refusing to pay the local energy company around 80,000 in electrical bills, they claimed that they hadn’t actually used the electricity, but that meter had been tampered with by their mischievous cat.

After being taken to court by the energy company, the accused explained to a judge that their cat has the habit of scaling the walls of their house and spending a lot of time on the roof.

Often times they spotted it climbing on the electricity meter in order to reach the roof, and even tried moving the meter on an adjacent wall, but to no avail. They told the judge that the cat eventually broke the meter’s wire seal and somehow tampered with the device, which resulted in absurdly high bills.

Fortunately for the cat, the energy company’s lawyer managed to prove its innocence in front of the judge. He brought in Sergey Platonyuk, an experienced electrician, who testified that the wire seal on electricity is so strong that energy company employees have to use wire cutters. It would have therefore been impossible for the cat to break the seal with its claws or even clinging on it with all its weight.

“It is impossible to accidentally rip a seal off the meter,” Platonyuk said. It is positioned very close to the meter and the wire is so strong that the electricians themselves use pliers to access the meter. Therefore, even if the cat had clung to the seal its claw, it would have held.”

The court found the electrician’s arguments convincing and ruled that the family must pay the roughly 80,000 rubles they owe, as well 2,500 rubles in court fees.