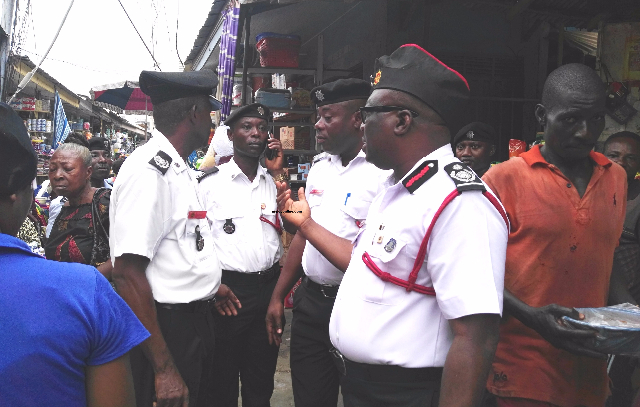 The swift intervention by the officers of the Ghana National Fire Service prevented what could have been yet another fire disaster at the Kumasi Central Market.

Four shops had been destroyed in suspected arson attempt early Tuesday by the time fire personnel managed to quench the fire.

A plastic fuel container a box of matches, as well as used matches, were found at the scene of the botched destructive mission.

Ashanti Regional Fire Commander Semekor Fiadzo who visited the market as part of investigations is surprised someone could harbor the intention of setting the market ablaze.

Whilst a complaint has been lodged at the Police Criminal Investigations Department, the Fire Service will continue to patrol the market.

“Our investigation pointed or is narrow down to a suspected arson. Arson because we found traces of matches that the person tried to use and then, you could see that he used petrol and we were able to find the lid just close to the where the spent or burnt matches were,” Mr. Fiadzo explained.

It has been an annual ritual for the Kumasi Central Market to record series of fire incidents over the past ten years, with the market recording four outbreaks in a single year.

But thanks to the ingenuity of the current Regional Fire Commander, a fire engine, and a special task force have been put on alert on the market to curb any fire occurrence.

This paid off on Tuesday dawn when the task force responded swiftly to an alleged arson attacks. This intervention has received wild applause from traders at the Kumasi Central Market.

Mr. Fiadzo says his outfit will continue to put markets in especially the Kumasi metropolis against further fires.