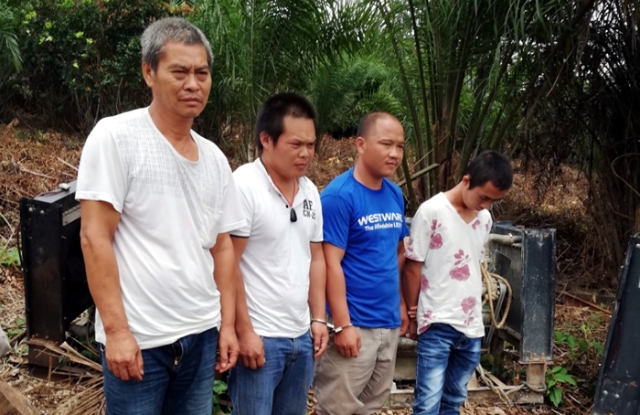 Four Chinese nationals have been arrested for mining deep in the Apontosu forest in the Amansie West District of the Ashanti Region.

They were rounded up by a Ghana Immigration Service task force drawn from Obuasi and Kumasi.

Four excavators and gallons of fuel, probably used to power illegal mining machines, were seized and sent to the regional command of the task force in Kumasi.

The action of the four miners ran contrary to a ban on small-scale mining by the Nana Akufo-Addo-led government.