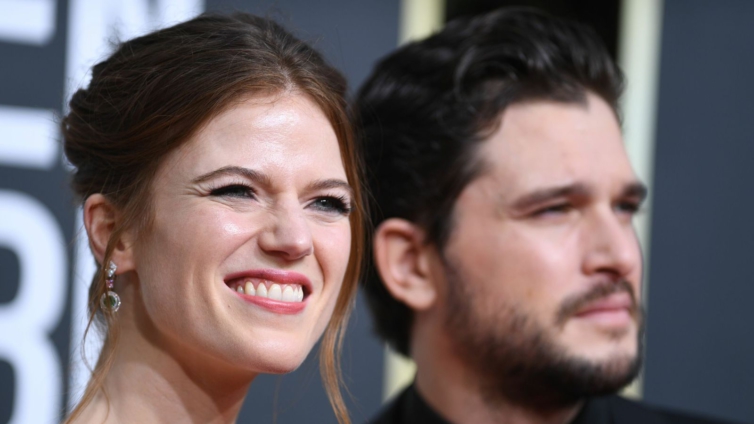 Leslie’s pregnancy was revealed in a photo taken for a magazine interview and uploaded to Instagram.

“A very special all woman team photographic shoot capturing Rose at this wonderful time as she prepares for motherhood for the first time!,” she said.

So wonderful working with the beautiful Rose Leslie for the cover story of @make_magazineuk out now! A very special all woman team photographic shoot capturing Rose at this wonderful time as she prepares for motherhood for the first time! My team were: @billiescheepersphotography @liztaw doing beautiful hair and @justinejenkins wonderful makeup. Rose wears @stellamccartney. Huge thanks to @vrwpublicity for organising the shoot and to Hannah Rand for her interview. #roseleslie #makemagazine #rose #portraitphotography #portrait #interview #covershoot #cover #stellamccartney

The couple played Ygritte and Jon Snow in HBO series Game of Thrones, in which they had an on-screen relationship.

In the show, 33-year-old Leslie’s character became known for the phrase: “You know nothing, Jon Snow.”

Discussing the show for the magazine shoot, she said: “It was an incredible experience, and for me – as an actor – it definitely opened a lot of doors with casting directors and producers.”