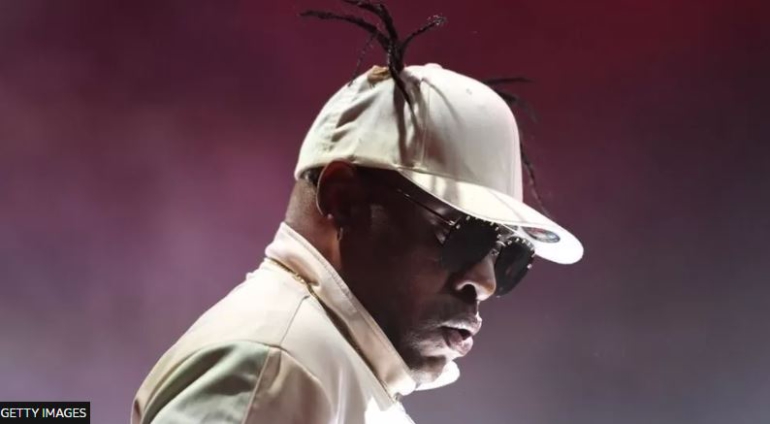 Coolio performing in Canberra, Australia in 2019

US rapper Coolio, known for the iconic hit Gangsta’s Paradise, has died at the age of 59.

His longtime manager Jarez Posey told US media the artist was found unresponsive on the bathroom floor of a friend’s house in Los Angeles.

Coolio started making music in the 1980s, but he cemented his place in hip hop history when he recorded Gangsta’s Paradise in 1995.

The exact cause of his death on Wednesday has not yet been revealed.

However Mr Posey told TMZ, which first reported the news, that paramedics believed he may have had a cardiac arrest.

Coolio, whose real name was Artis Leon Ivey Jr, won a Grammy for Gangsta’s Paradise, which was part of the soundtrack for the movie Dangerous Minds starring Michelle Pfeiffer.

The haunting track continues to be widely listened to and has just passed a billion streams on Spotify, according to his official website.

He was active right up until his death – Coolio was in the middle of a tour with other 90s stars including Vanilla Ice and Young MC, and they performed in Texas just a few days ago.

He also shared a picture of the two posing on the set of the music video for Gangsta Walk, a track they collaborated on in 2006.

“This is sad news. I witness first hand this man’s grind to the top of the industry,” fellow rapper and actor Ice Cube said.

MC Hammer described Coolio as “one of the nicest dudes I’ve known”.

“Good people. RIP Coolio,” he wrote, sharing a black and white picture of the rapper, and later posting a second picture of the pair together, along with Tupac and Snoop Dogg.

DISCLAIMER: The Views, Comments, Opinions, Contributions and Statements made by Readers and Contributors on this platform do not necessarily represent the views or policy of Multimedia Group Limited.
Tags:
Coolio
Gangsta's Paradise