Premier league Clubs have elected six individuals to represent them on the National Executive Committee of the Ghana Football Association.

Mr. George Afriyie who is on the outgoing Executive Committee retained his seat after securing a joint highest number of votes at Tuesday’s EXCO elections held at the GFA Secretariat.

Mr. Afriyie secured 11 votes out of the 16 votes cast same number as Mr. Albert Commey and Delali Eric Senaye secured at the end of the voting.

Amongst those who failed to secure the required number of votes are Kudjo Fianoo (Ashantigold) who had (5 )votes,Mr. Emmanuel Larbi Amoah(Medeama SC) with 4 votes and Frederick Acheampong (New Edubiase) with (6) votes.

Before the voting process began at 9:30am, all aspirants outlined the ideas and strategies that they hope to bring on board if elected. 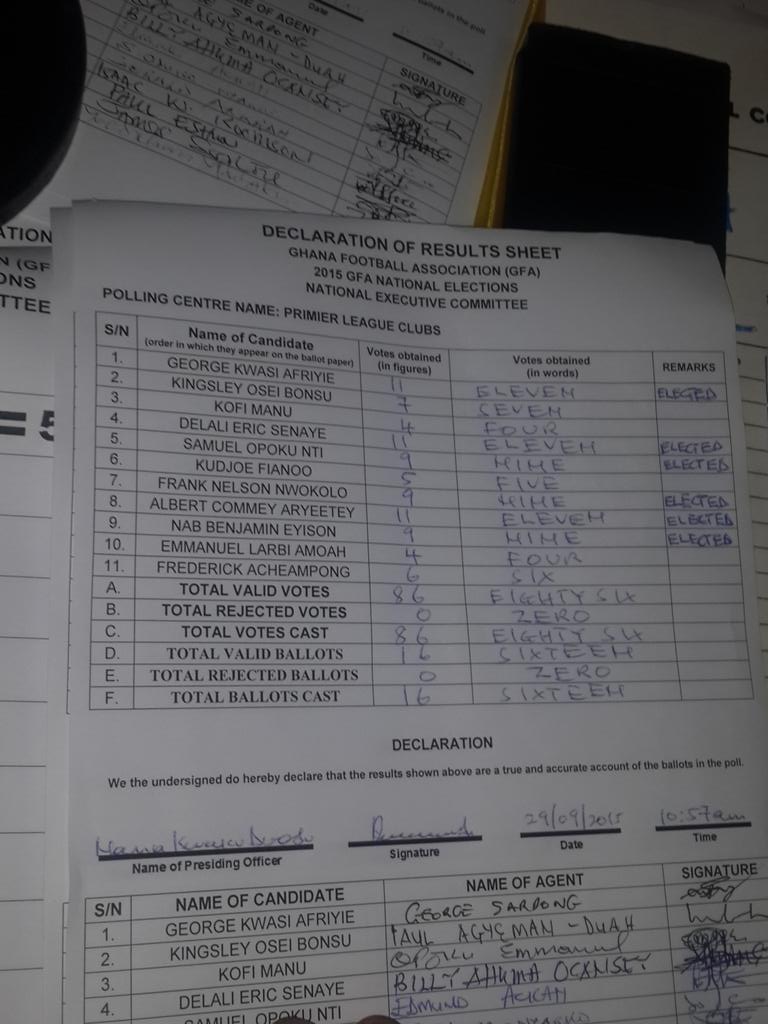