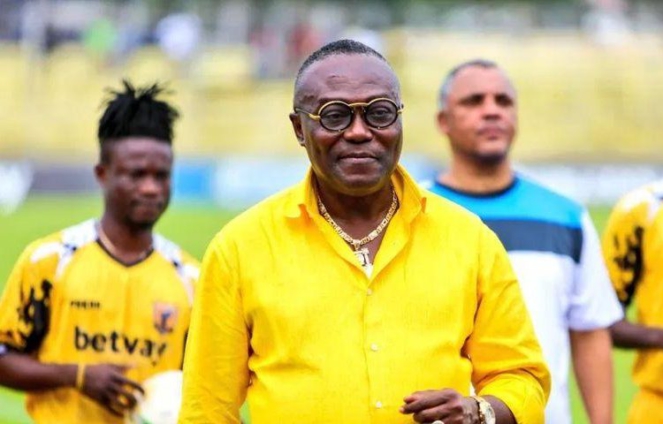 The Executive Council of the Ghana Football Association (GA) has unanimously decided to suspend AshantiGold Sporting Club with immediate effect under Article 17(1) of the GFA Statutes.

This decision was taken due to the club’s dealing with banned officials Kwaku Frimpong and Emmanuel Frimpong, which constitutes a serious violation of both GFA and FIFA Statutes.

Kwaku Frimpong and Emmanuel Frimpong have been banned by the GFA Disciplinary Committee for 10 years and 8 years respectively for engaging in match manipulations.

The decisions were subsequently upheld by the GFA Appeals Committee.

However, AshantiGold SC continues to deal with and engage with the two banned officials in violation of Articles 9, 13 and 16 of the GFA Statutes and the relevant provisions of the FIFA Statutes.

It would be recalled that only 22 players have filed appeals and temporary measure (a stay of execution) at CAS, which have been granted by CAS.

The GFA have accordingly allowed the players to register and play in GFA and international competitions until the final determination of their cases by CAS.

The suspension of AshantiGold SC means the club shall lose all membership rights and that the club cannot play in any football competition, including but not limited to the Ashanti Regional Football Association Division Two League.

In accordance with of both the GFA Statutes and the FIFA Statutes, the GFA, members of the GFA, clubs, players, referees and all participants in football shall not deal and engage in any football related activities (administrative, sporting, etc) with the suspended AshantiGold SC and/or the banned officials.

DISCLAIMER: The Views, Comments, Opinions, Contributions and Statements made by Readers and Contributors on this platform do not necessarily represent the views or policy of Multimedia Group Limited.
Tags:
AshantiGold
GFA