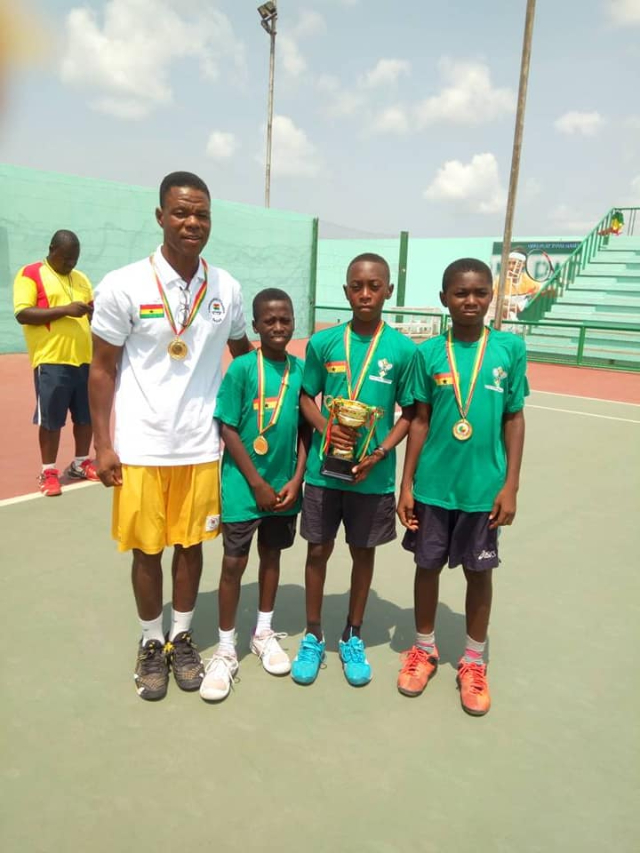 Aside from emerging the overall winners, Ghana's impressive display saw the 12 and under boys’ team seal qualification for the Junior Davis Cup.

Speaking to Tennisgh.com Ghana Coach Noah Bagerbaseh expressed delight at the performance of the players stating that the federation’s commitment to the development of the game particularly at junior level will be sustained with renewed vigour.

The President of Ghana Tennis Federation (GTF) Isaac Aboagye Duah thanked Dr Daniel McKorley, the Executive Chairman of the Mcdan Group and Ismailia Lamptey of BabooSports for their support.