GHPL: 5 things we learned from matchday 3 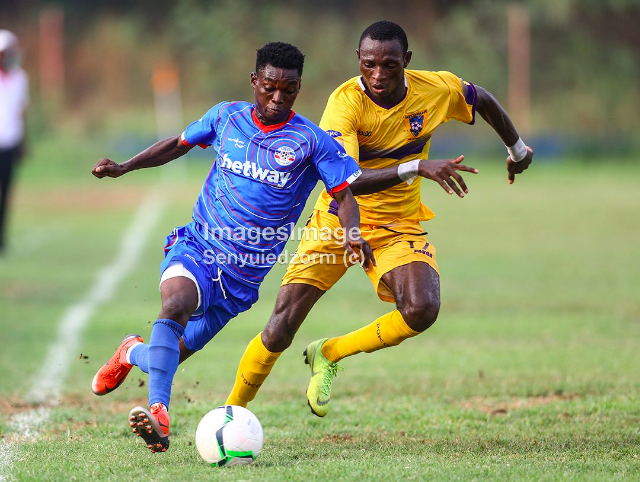 Hearts of Oak finally registered their first win of the season as Asante Kotoko fell to a surprise defeat at home.

Here are five things we learned from an intriguing weekend in the top-flight;

Super-sub Babil to the rescue

Medeama SC went into matchday three top of the table as they travelled to Dansoman to face Liberty.

The home side took the lead through an Elvis Kyei Baffour penalty but the Mauves and Yellow restored parity through substitute Kofi Babil.

Babil’s goal made him the first ever player this season to score in three successive games as a substitute.

Despite being limited to cameo appearances, Babil believes he can score 15 goals in the league this season.

Yahaya Mohammed’s confidence on the pitch has never been in question, consequently, the veteran forward assured fans of winning the golden boot award this season.

So far, he is delivering on those words as he leads the pack with five goals in three matches.

Mohammed scored a perfect hat-trick against Inter Allies at Nana Agyemang Badu park on matchday 1 and despite blanking against Olympics, he returned to the scoresheet with a brace against struggling King Faisal.

Hearts embark on road to redemption

The Phobians made their worst start to a league campaign in nine years after losing both opening games against Berekum Chelsea and Medeama SC respectively.

Hearts will look to build on their first win and pick up a good run of form which might propel them back into the title race.

On paper, the two biggest sides in the Ghana Premier League are Hearts of Oak and Asante Kotoko due to their rich history.

These two teams have not been ‘big’ to Berekum Chelsea this season as the Blues have already handed them defeats in the league.

Chelsea, who won the Premier League in 2013/14 shocked Hearts of Oak at the Accra Sports Stadium on matchday 1 with a 1-0 victory.

Raindolf Stephen Armah’s men repeated the same scoreline against Asante Kotoko in matchday three at the Baba Yara Sports stadium, once again shocking fans and in the process earning the giants slayer tag.

Vandalism found its place in Ghana football yet again as Kotoko fans demonstrated their disappoinment with the referee after their loss against Berekum Chelsea.

Fans of the Kumasi-based club threw bottles and rubbers on the Baba Yara pitch after the final whistle and match referee Charles Bulu needed a huge police entourage in order to leave the pitch.

The confrontation between the fans and security officials continued after the match which resulted in a fan being shot.

Investigations are still ongoing as the Ghana Football Association have come out to condemn the post-match violence.