GIPC wins IPSLA award for savviest use of digital media 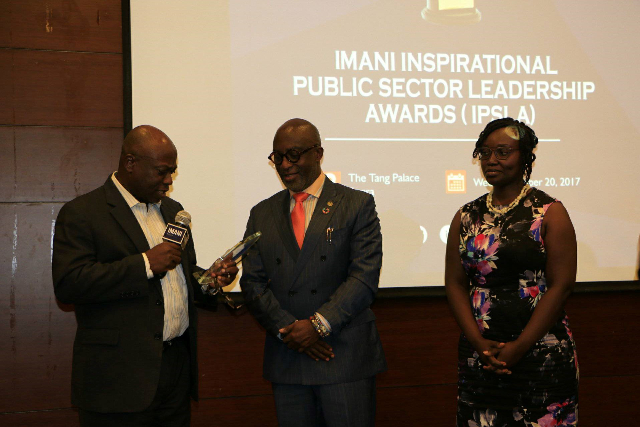 The Ghana Investment Promotion Centre (GIPC) has been recognized for its effective use of social media in the course of its engagements for the year 2017.

The award presented by the IMANI Inspirational Public Sector Leadership Awards (IPSLA), adjudged the Centre as the best public sector institution for the savviest use of digital media to engage stakeholders and the public.

This recognition is the second in 2017 for the Centre as it also won an award for Best Project in West and Central Africa Region for 2016 at the Annual Investment Meeting (AIM) 2017 in Dubai.

IPSLA is an annual public service excellence award that seek to reward successful and effective delivery of services by public institutions in Ghana. The year under review was from October 2016 to October 2017.

Fifty public sector institutions were considered for the award and ranked according to their level of engagement, transparency, social inclusion, innovation and financial management.

This year’s event was themed, “Defeating Public Sector Corruption Should Begin With An Unbend-able Procurement System”.

The Centre was represented by Yofi Grant, CEO of GIPC, who lauded the organizers for the initiative and added that the award and recognition was an encouragement to the efforts being made towards improving services at the GIPC.

He said digital media had come to stay and that it was only prudent the Centre use the opportunity to extend its reach to both local and international audience.

“This is only the beginning for the GIPC. Next year will be bigger and better as we strive to make Ghana the preferred place to do business in Africa”, he added.