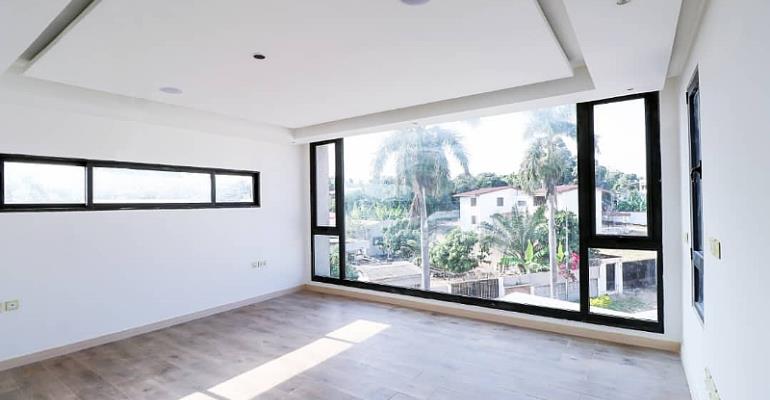 Golden Coast Developers a trailblazer in the Real Estate sector has scored a first with its introduction of Fully-Automated Smart Townhouses in the country.

The Smart Townhouses come with state of the art technology designed to suit all luxurious touches of elegance, style, and preferences.

Some remarkable features include automated lighting and remote climate control, which can be activated from anywhere in the world.

Additionally, home includes an occupancy awareness system as well as amazon echo smart home system to ensure you’re always in a home with convenience and security, which is the epitome of comfort.

The Townhomes also come with smart meters for gas and electricity among a host of other features.

The Chief Executive Officer of Golden Coast Developers, Neil Oku, said the company is shaping new lifestyles with a focus on design excellence and quality.

He added that Golden Coast Developers use new concepts and modern technology in all of its developments and construction.

“Golden Coast Developers is one of the capital’s most innovative and groundbreaking Real-estate development companies. We also pride ourselves in first-class maintenance and service delivery,” Mr Oku stated during an interaction with a section of journalists.

He said the main goal of the company is to change the landscape of property development in Ghana and that is exactly what their operations are all about.

“We have imported some of the world’s finest luxury brands and have integrated them with the latest technology,” he revealed.

The company is a privately held subsidiary of Golden Coast International Limited (GCI) and serves as the Real-Estate investment arm of the company.

Golden Coast international has a track record in investment advisory and structured finance projects in West-Africa, USA, and Europe.

Established in 2010, GCI has worked extensively with Real-Estate developers in the country on Capital Raising services, while developing an in-house portfolio of Real-Estate projects and land acquisitions.