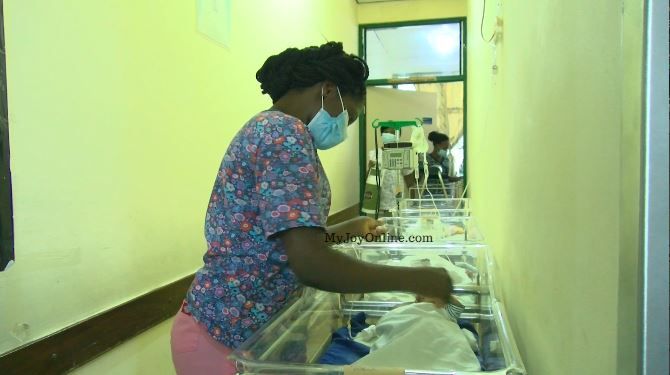 CEO of Cape Coast Teaching Hospital (CCTH), Dr Eric Ngyedu, has stated that the current state of facilities in the hospital could be attributed to the fact that government has to deal with competing demands by stakeholders in the healthcare system and other sectors.

Discussing infrastructural issues faced by the CCTH on Joy FM’s Super Morning Show Tuesday, June 1, he said that regional and district hospitals across the country, send proposals in respect of the infrastructural assistance they need to the Health Ministry annually. However, government decides on which health facility’s needs are priority.

“And so as and when there are resources, I think that government would come in and solve our numerous challenges,” he said. For example, the access to the emergency is small. It doesn’t befit the status of a teaching hospital. We asked for expansion and we’ve gotten some medium-term renovation expansion measures,” Dr Ngyedu explained.

He revealed that, “we don’t have where to keep infectious disease patients. So during the Covid-19, we collapsed our polyclinic to be able to use it as a treatment centre. Fortunately, that too has received attention. And the construction of an Infectious Disease Centre is ongoing.”

A study by Joy News’ Seth Kwame Boateng revealed that one in three babies sent to the Neonatal Intensive Care Unit (NICU) of the Cape Coast Teaching Hospital dies.

Hospital officials blame the situation on limited space and lack of critical equipment.

Speaking on the situation, CEO of the hospital said he is unable to tell specifically when government will pay attention to revamping the NICU.

“There’s been even a National Security report on this before. And we have appropriately addressed the matter. They were sent to the Ministry,” Dr Ngyedu stated.

He hinted, “currently, issues about the emergency unit are being addressed, but follow-ups on the intensive care unit are still underway.”