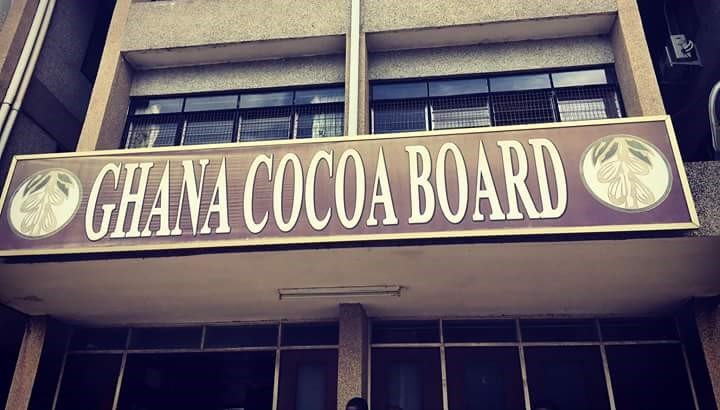 Minority in Parliament say COCOBOD has incurred much debt since the NPP assumed the reigns of governance in 2017.

Debating a report of the Finance Committee to approve a $1.3 billion loan agreement for COCOBOD to buy cocoa beans in the ensuing year, he said COCOBOD is virtually collapsing due to mismanagement.

For this reason, he suggested that Parliament “must be interested in how they apply the resources that we approve to them as a House.”

Also commenting on the producer price of cocoa, Mr. Opoku noted that COCOBOD is making enough money since there is a seven percent increase in the World Market Price, adding that cocoa farmers should benefit from this price increase.

Mr. Opoku’s assertions were backed by Ranking Member on the Finance Committee Dr. Cassiel Ato Forson who argued that the Minority is only supporting the loan agreement because without it, the cocoa sector will collapse.

According to Dr Forson, the sustainability of cocoa should be something of concern to all without partisanship due to its benefits.

“Mr. Speaker, cocoa is something that has held this country for years, if cocoa collapses, I don’t know where this country will get to so issues of cocoa must be of importance to all of us,” he said.

As a result, he urged the government to restore the cocoa sector.

The claims have meanwhile been fiercely resisted by the Deputy Majority Leader, Alexander Afenyo-Markin who argued that the current government has treated farmers way better than previous governments.

“It must be emphasised that Ghana is the only country that provides inputs and supplies extension services to cocoa farmers. It is never done in Cote d’Ivoire. It is only in Ghana that we have the regulator COCOBOD providing incentives to farmers,” he stressed.

Meanwhile, Parliament has since approved the 1.3 billion dollars loan agreement for COCOBOD to purchase Cocoa for the 2022/2023 crop season.