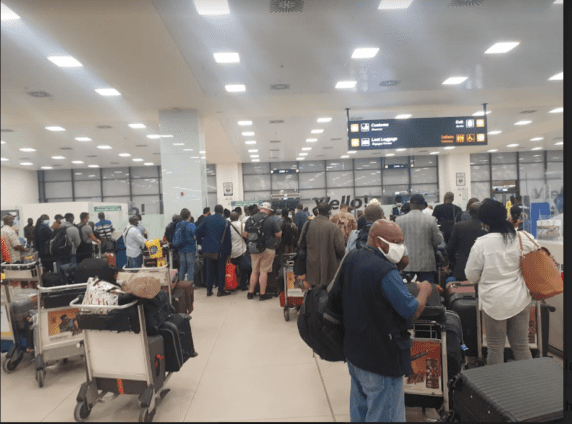 In an earlier communique, the Ministry of Foreign Affairs and Regional Integration noted that the travel ban on South Korea will last 14 days.

However, in its recent statement, the Ministry says the ban on South Korea has been revised and will last until February 3, 2022.

“The Ministry of Foreign Affairs and Regional Integration of the Republic of Ghana wishes to inform the general public that the government of Ghana has extended the temporary travel restriction on all non-Ghanaian travellers arriving from South Korea, until February 3, 2022.”

Therefore, members of the general public have been urged to take note of the directive and adhere to it accordingly.

On December 20, 2021, the travel restriction on Israel, South Korea, and Malta took effect.

According to the Foreign Affairs Ministry, the intervention is in line with the government’s drive to control the importation of the Omicron variant of the Covid-19 into the country.

In the press release dated December 17, on the ban on Israel, the government stated that all travel to and fro Israel is restricted “except in exceptional humanitarian cases or during official visits.”

It added that “permission would have to be obtained from the Ministry of Foreign Affairs and Regional Integration in exceptional cases.”

Commenting on the ban on Malta, the government argued that it does not recognize any vaccine certificate from Malta.