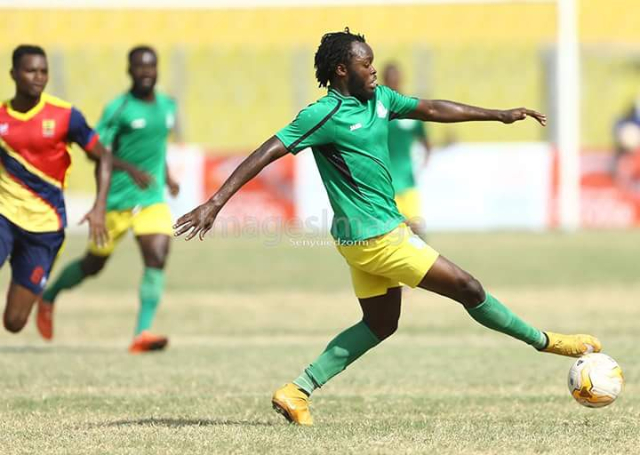 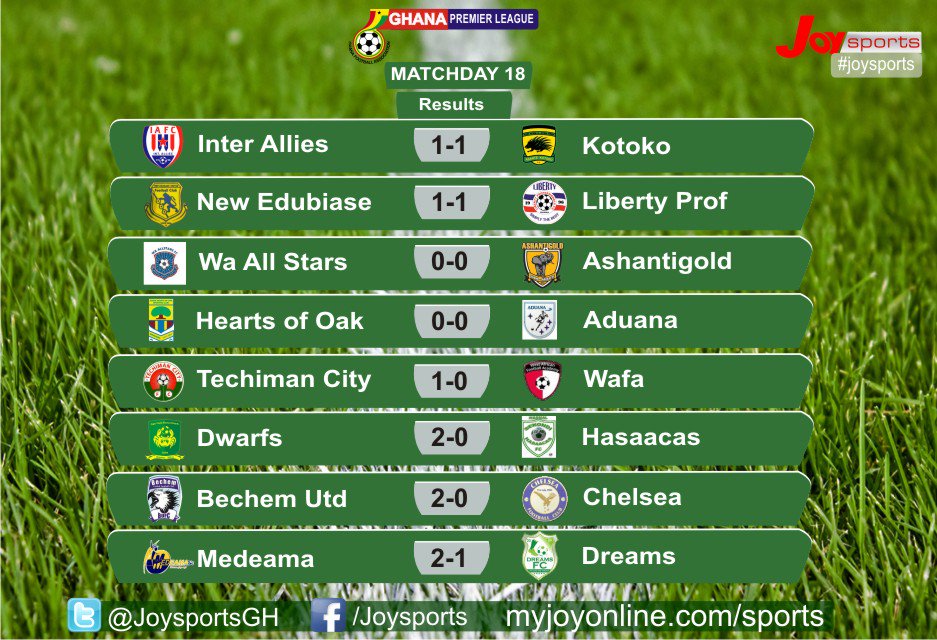 Hearts of Oak could not convert their dominance into goals as they were held to a goalless draw by Aduana at the Accra Sports Stadium.Soulama Abdoulaye, who lost his position to Samuel Akurugu since his howler against Asante Kotoko, made a return to the side while center back Richard Akrofi started in an unusual right back role.The trio of Isaac Mensah, Patrick Razak and Samudeen Ibrahim huffed and puffed but failed to create a real opening for lone striker Cosmos Dauda.The Hearts backline ably marshalled by Ibrahim Musah and Robin Gnagne kept a close eye on the leading goal scorer of the, Yahaya Mohammed.The Phobians kept the ball admirably but failed to convert these into real scoring opportunities and squandered the few which came their way. Substitute Sam Yeboah missed the most glaring chance of the game as he feebly shot into the hands of keeper Joseph Addo after great wing play by fellow substitute Paul Acquah.The draw means meetings between both sides ended in draws but the Phobians will have an advantage over the Dormaa side should both sides be level on points after scoring an away goal in Dormaa. 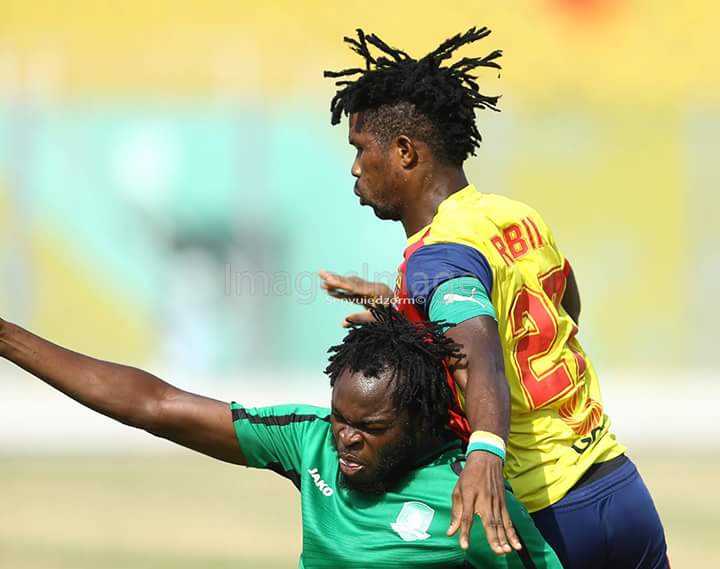 Ebusua Dwarfs recorded a comfortable 2-0 win over Sekondi Hasaacas .Former Asante Kotoko defender Christopher Bonney scored a brace both from the penalty spot. He first scored in the 14th minute after a Hasaacas defender handled the ball inside the box. He scored from the spot yet again to record add a second for the Cape Coast side.

Wa All Stars failed to make the most of home advantage as they were held to a goalless draw by draw specialists Ashantigold. Keeper Fatau Dauda was at his scintillating best putting up a good display of reflexes to secure a vital point at the WA park. Wa All Stars were aiming to extend their lead at the top after Kotoko were held in Tema, but they failed to find the net to ensure all the top four sides ended this matchday in draws.

In other games, a quick fire double from Kwasi Donsu and Emmanuel  Peprah ensured a remarkable turnaround for Medeama who came from behind to beat Dreams FC while Baba Mahama scored in the second half to ensure a good end to a torrid week for Techiman City.

Bechem United got the better of Berekum Chelsea in the Bono Derby with goals from Ernest Baffour and Solomon Mensah while Abdul Wahab denied Liberty all three points with an equaliser late into the second half after Latif Blessing had put the Dansoman side ahead.