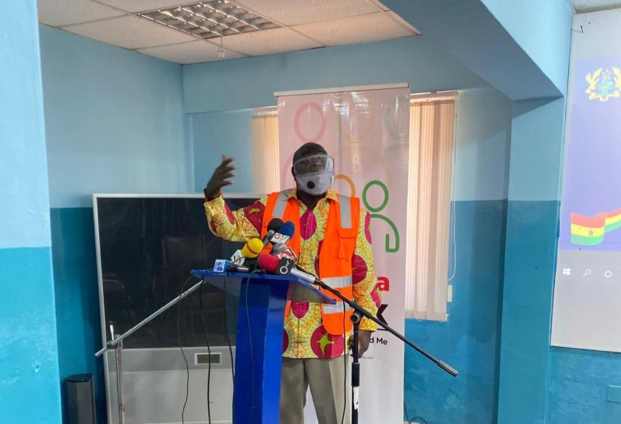 The move is a part of an exercise to rid the region of clutter, authorised billboards. This is also part of the ‘Let’s Make Accra Work’ project aimed at removing illegally mounted billboards.

Speaking at a press conference organized by the two bodies, the Executive Director at the Advertising Association of Ghana, Mr Francis Dadzie stated that the authorities are giving owners of ‘nuisance’ and ‘illegally erected’ billboards a 14-day ultimatum to remove them.

He also said the siting of the identified billboards were in contravention of various laws including the Local
Government Act, Land Use and Spatial Planning Act, and the Road Traffic Regulations.

Noncompliance of this directive, the RCC and the AAG said would mean a forcible demolition of such billboards.

Mr Dadzie continued to say that the nuisance billboards have been tagged ‘Remove’ so owners are duly notified, adding that efforts to have such boards pulled down in the past had been fruitless but with the political will exhibited by the regional minister, the association is ready to partner him to ensure that all nuisance and illegally erected
billboards are removed.

He explained that to ensure the exercise was fair to all advertisers, the latest of the billboards in the identified areas would be the ones to be removed.

The ‘Let’s Make Accra Work’ project, has identified about 140 billboards up for demolition in various parts of the capital including Liberation road, Rawlings Park, Opeibea, Kawukudi amongst others.

The removal of such ‘nuisance’ billboards, he said, had become apparent because they did not only serve as a danger to lives and property but obstruct motorists and mar the beauty and serenity of Accra’s ceremonial streets.

President of the AAG, Mr Torgbor Mensah, described the out-of-home advertising space as a recipe for disaster and further called for support for his outfit and the RCC for sanity within the city.

The project, being championed by the Regional Minister, Henry Quartey, MP, Ayawaso Central, is aimed at ridding the capital of indiscipline and is also geared towards the President’s vision of making Accra the cleanest city in Africa.

DISCLAIMER: The Views, Comments, Opinions, Contributions and Statements made by Readers and Contributors on this platform do not necessarily represent the views or policy of Multimedia Group Limited.
Tags:
Advertising Association of Ghana
Billboards
Greater Accra Regional Coordinating council
Illegaly mounted