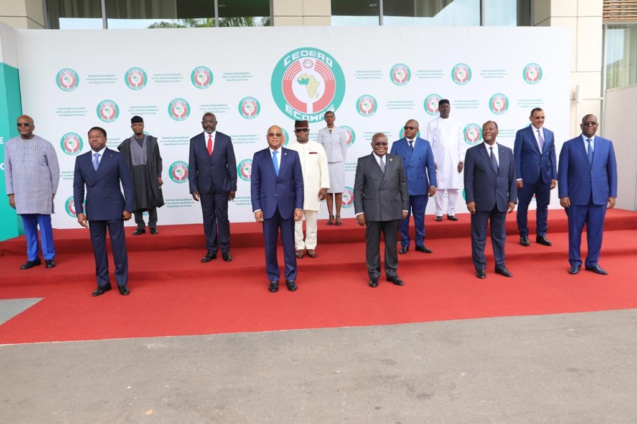 President Akufo-Addo has called on member-states of the Economic Community of West African States (ECOWAS) to agree on a durable solution to the Guinea political situation.

The regional bloc is meeting in Accra in an extraordinary summit to force the military regime to return the country to constitutional rule.

Elected President Alpha Conde, was removed from power in a military coup led by the head of the country’s Special Forces Colonel Mamady Doumbouya.

The putsch in Guinea threw the country into a state of uncertainty, caused the West African economic bloc to threaten sanctions and saw the price of aluminum reach its highest level in more than a decade.

Guinea is the world’s biggest producer of bauxite, a mineral used to make aluminum.

Ghanaian Foreign Minister Shirley Ayorkor Botchwey, who chairs the ECOWAS Council of Minister’s reported after assessing the situation. Her report is expected to form the basis for the deliberation at the summit.

Welcoming heads of member-states, President Akufo-Addo condemned the coup and called for full restoration of the democratic order.

He indicated the bloc is in solidarity with the people of Guinea and is working to ensure the peace, prosperity and unity of Guinea.

We have gathered here to take a firm decision on Guinea and I trust Excellencies to come up with a durable solution to the crisis because the decision will have long term consequences on the stability and defence of democratic values of the region’ he said.

Alpha Conde in 2010 became Guinea’s first democratically elected leader, his victory was seen as putting an end to decades of authoritarian rule by the country’s two first Presidents, Sekou Toure and Lansana Conte, who were in office for 26 and 24 years respectively.

Conde was re-elected for a second term in 2015. But he became increasingly disliked when he pushed through a constitutional referendum, backed by Russia, that Conde said allowed him to seek a controversial third term in October 2020 polls, which he won.