Haruna Nuako: Bawumia fixated on honoring memories of detractors in the UP tradition 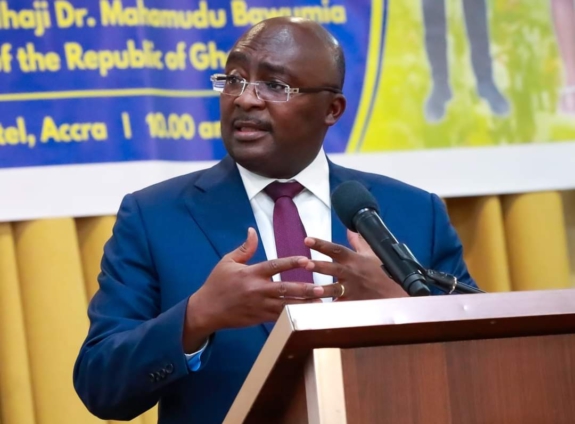 H.E Alhaji Dr. Mahamudu Bawumia served as the Special Guest of Honour for the launch of the book, titled, J. A Braimah: Biography of a Trailblazer on Thursday 20th May, 2021 at the Ghana Academy of Arts and Science, Accra.

The book, which was launched by H.E Dr. Bawumia, sought to celebrate and honor the legacies of J. A Braimah, a co-founder of the Northern People’s Party (NPP) who together with Alhaji Mumuni Bawumia later abandoned the UP and defected to the Convention People’s Party (CPP) during the period of incarceration and intimidation of most of the members of the United Party (UP) by Kwame Nkrumah.

It is worthy of mention that, after Kwame Nkrumah and his CPP won the 1956 elections, there was pressure on the opposition benches to cross carpet and join CPP, the governing side in Parliament.

Members of the Northern People’s Party were tabled with ministerial offers. Members who didn’t agree to join the CPP suffered either detention or depose of their relatives who were Chiefs.

It is also worthy of note that, due to the various intimidations, sabotages and attacks on members of the UP by the leadership of CPP, such as, the arrest and detention of Okyeame Baffuor Osei Akoto, Dr. Joseph Boakye Danquah, Reginald Reynolds Amponsah, Modesto Kwasi Apaloo, among others, several UP seats were left vacant.

This eventually led to the UP boycotting the District Council elections in 1959 as well as refrain from participating in the subsequent by-elections in the Volta and Accra regions in 1960.

In May 1958, during the heat of the frustration of the UP by the CPP under the Prevention Detention Act (PDA), enacted by Parliament in 1958, Alhaji Mumuni Bawumia, a leading member of the UP and member of the National Assembly from the Mamprusi Traditional Area, betrayed and defected from the UP to the CPP.

J. A Braimah, the deputy Chairman of the UP and close confidante of Alhaji Mumuni Bawumia, also defected from the UP to the CPP in 1959 over disagreements with the party on its position to boycott National Assembly proceedings until UP members who were detainees under the PDA were given a fair hearing in the Court.

The foregoing explicitly serve as proof that both Alhaji Mumuni Bawumia and J. A Braimah, two leading members of the UP, abandoned and betrayed the Northern People’s Party and the UP for their personal interests and goals.

The UP is the antecedent of the modern New Patriotic Party (NPP).

It is instructive to note that, despite these undeniable facts of betrayals, on Thursday 20th May, 2021, the book covering the legacy of J. A Braimah, titled, J.A Braimah: Biography of a Trailblazer was launched by H.E. Alhaji Dr. Mahamadu Bawumia.

And interestingly, during the launch, H.E. Alhaji Dr. Mahamadu Bawumia, who as well doubled as the Special Guest of Honour for the occasion, in his desperation to hide behind and employ the legacies of some founding members of the Northern People’s Party as a springboard to attain his Presidential Candidate ambition attempted to eulogise J. A Braimah and as well downplay the negative effects of his betrayal of the UP tradition.

An indication signifying the endorsement of the neglect and abandonment of the Party’s tradition by J. A Braimah and Alhaji Mumuni Bawumia.

More over, the honor and eulogy of the legacy of J. A Braimah which contributed significantly to the weakening of the foundation of the UP specifically at the Northern sector of Ghana is just an indication of a ploy by H.E. Alhaji Dr. Mahamadu Bawumia to rewrite the similar story of his father, Alhaji Mumuni Bawumia, so as to regain his lost glory in the Northern People’s Party and the United Party’s respective traditions.

Joseph Adam Braimah was appointed member of the Legislative Council in 1950. Under the insistence of the Governor, J. A. Braimah, a non-member of CPP, was appointed a Cabinet Minister by Kwame Nkrumah in 1951.

Braimah, however, resigned in December, 1953 on allegation of bribery and corruption which came to light in the course of an enquiry by a Commission of Enquiry under Justice K. A. Korsah.

He was part of the founding members of the Northern People’s Party in 1954. He became the deputy Chairman of the UP in 1957 after its formation but later defected to the CPP in 1959.

Alhaji Mumuni Bawumia was a founding member of Northern People’s Party. He was elected the Vice-Chairman after the formation of the Party in 1954, with S. D. Dombo as the Chairman.

After he was tabled with a juicy ministerial offer in 1958 by the ruling CPP government, he crossed carpet to the CPP. Alhaji Mumuni Bawumia became one of the first members of the Northern elite to join the CPP.

He was very instrumental in the success story of the CPP especially with the making of inroads in the Northern part of Ghana for the CPP.

Alhaji Mumuni Bawumia became the Regional Commissioner of the Northern Region and later the Minister of Local Government under Kwame Nkrumah during the 1st Republic.

He then served on Ignatius Kutu Acheampong’s constitutional commission in 1978.

During the 3rd Republican under the Presidency of Dr Hilla Limann, Alhaji Bawumia was appointed Chief Executive of the Cocoa Marketing Board, now Ghana Cocoa Board.

In the PNDC era, he was Ghana’s Ambassador to Saudi Arabia, and later became the chairman of the Council of State during the NDC regime under the 4rd Republic under the leadership of President Jerry John Rawlings.

DISCLAIMER: The Views, Comments, Opinions, Contributions and Statements made by Readers and Contributors on this platform do not necessarily represent the views or policy of Multimedia Group Limited.
Tags:
H.E Alhaji Dr. Mahamudu Bawumia
Haruna Nuako