Hearts players insist they have lost confidence in Polo - MyJoyOnline.com

Hearts players insist they have lost confidence in Polo 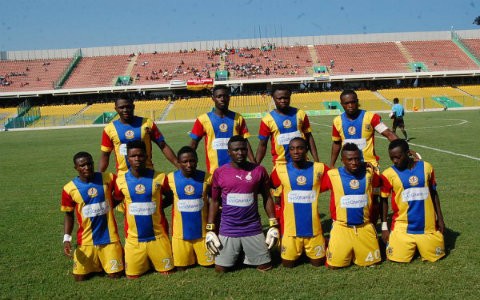 Majority of Hearts of Oaks players, especially from the first team have confided in sportscrusader.com that they have lost confidence in their head Coach, Mohammed Ahmed Polo.

The players say their manager does not have what it takes to inspire their confidence ahead of their games which according to them have contributed immensely to their recent defeats.

The players have admitted their recent lack of stamina has come about because of the poor training techniques they go through on daily basis.

The players have complained of lack of adequate stamina workouts at training which they insists have always reflected in their second half play of any game they go into.

“We don’t have anything against Polo but we are only saying that most of us have lost confidence in him that is why most of the guys fail to appear at training regularly” a senior player said.

Another stressed that “He is a nice gentleman but not the calibre of a coach who can handle a team like Hearts of Oak. Our stamina levels have fallen that is why we have always lacked the strength to play the full 90 minutes in every game”.