Gonzalo Higuain scored against his former side to help Juventus beat Napoli 2-1 and move five points clear at the top of Serie A.

Higuain moved to the champions over the summer and he had scored six times before this evening – but was coming into the match off the back of a three-game scoring drought in the league.

if there were any nerves he didn't show them, as he expertly drilled the ball into the low corner when it was loose in the box. 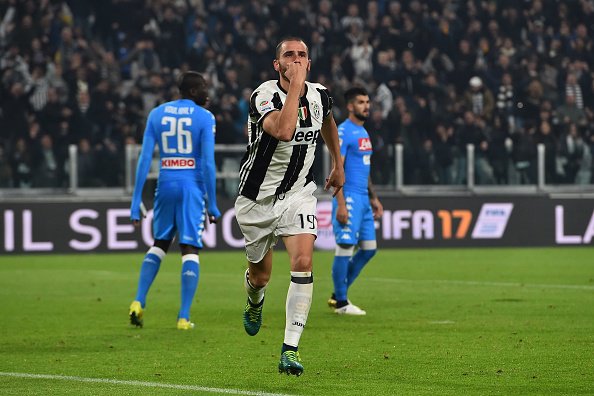 It came after Jose Callejon had scored with a lovely finish off the back of a great pass from Lorenzo Insigne after Leonardo Bonucci had given Juventus the lead with a power finish following a mistake from Faouzi Ghoulam.

The result moves Juventus five points clear at the top of the table as well as seven points ahead of Napoli.