'House of Gucci' arrives on streaming - Here's how to watch the Lady Gaga film online - MyJoyOnline.com 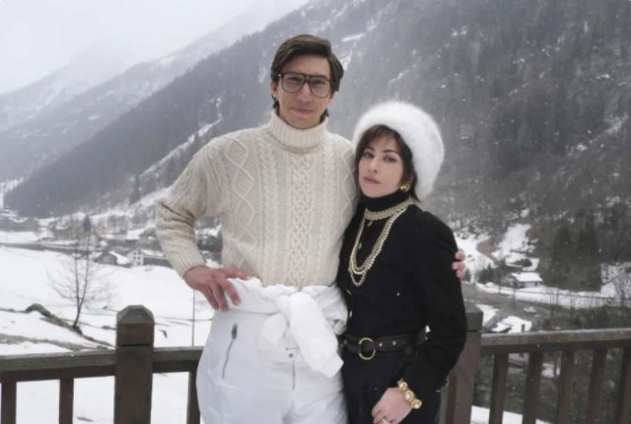 “Father, son, and House of Gucci.” It’s been almost six months since Lady Gaga made the sign of the cross and delivered this unforgettable (and improvised) quote in the trailer for House of Gucci.

The thriller follows the fashionable Gucci family over the span of two-and-half suspenseful hours and stars Oscar nominee Adam Driver as Maurizio Gucci and Oscar-winner Gaga as his wife, Patricia Reggiani.

The true-crime tale, directed by Ridley Scott, premiered in theaters back in November 2021. Now, House of Gucci is available to stream online.

If you missed seeing the film (and its star-studded cast) on theater screens last fall, you don’t have to wait any longer to watch it at home.

Here’s how to stream House of Gucci online, plus where to find it on DVD and Blu-ray.

How to Watch House of Gucci Online

If you want to watch House of Gucci online, you’re in luck. House of Gucci has finally been released digitally across a few different streaming platforms.

Note: You can only buy the movie right now as a digital download that’s yours to rewatch and stream on-demand.

A full physical and rent-on-demand release will come later in February.

Ready to watch? Here’s where to download House of Gucci online.

1. Watch House of Gucci on Amazon

Amazon’s Prime Video is one of the only streaming services that currently make it possible to watch House of Gucci online.

You’ll need a Prime Video login and password to purchase the film, which you can then cast to a smart TV or stream on the Prime Video app on your device.

Your House of Gucci download also lets you watch the Gaga film on your phone, laptop or other streaming device.

2. Watch House of Gucci on Vudu

Vudu also has early access to House of Gucci for those who want to own the new digital release. Download the movie for $19.99 on Vudu’s site and start streaming House of Gucci in SD, HD or UHD on your smart TV right away.

Can You Stream House of Gucci for Free?

Not yet. You won’t be able to stream House of Gucci for free at this point without breaking some sort of law. For now, the film is only available to purchase on a few platforms, like Amazon and Vudu, mentioned above, or on Apple TV and YouTube.

The good news: Once you own it on any of these platforms, you have unlimited access to stream House of Gucci in your digital streaming library.

Is House of Gucci on DVD or Blu-ray?

The bonus clips include behind-the-scenes exclusives, from a look at Lady Gaga’s performance to a deep dive into the film’s style.

You can pre-order House of Gucci on DVD or Blu-ray now on Amazon if you want to get it delivered to your doorstep after the Feb. 22 release.

Until the DVD and Blu-ray release dates, you can only purchase the drama in its high- or standard-definition digital formats to watch it today at home.

Is House of Gucci on Netflix?

But that could potentially change down the road as newly released films sometimes get added to the app at a later date.

House of Gucci has racked up a slew of nominations since it premiered in theaters. The film and its stars earned several Screen Actors Guild nods ahead of the Feb. 27 ceremony, per Deadline, including nominations for Outstanding Cast, Lead Actress for Gaga, and Supporting Actor for Jared Leto.

House of Gucci, which also stars Al Pacino, Salma Hayek, and Jeremy Irons, has a runtime of 2 hours, 38 minutes.

Is House of Gucci Based on a Book?

For anyone who likes reading the book before seeing its movie counterpart, House of Gucci (the film) is actually based on the bestselling book of a similar name written by Sara Gay Forden, full title: The House of Gucci: A Sensational Story of Murder, Madness, Glamour, and Greed.