It would not be an exaggeration to say that when Jordan Ayew joined Swansea City there was absolutely nothing in the way of fanfare to herald his arrival.

The Ghanaian sealed his move to the Liberty Stadium on transfer deadline day, with Neil Taylor plus £5million – heading in the opposite direction to Aston Villa.

He followed in his brother’s footsteps, with Andre having ended last season as Swansea’s top scorer before departing to West Ham.

But he was viewed by many as a bit-part player, whose ability to play out wide, behind the striker or through the middle himself would bolster Paul Clement’s squad.

He had a slow start, but in recent weeks he has been a real unsung hero for a Swansea side now in charge of its own Premier League fate.

Here we assess how the former Marseille man went from apathy to acclaim. 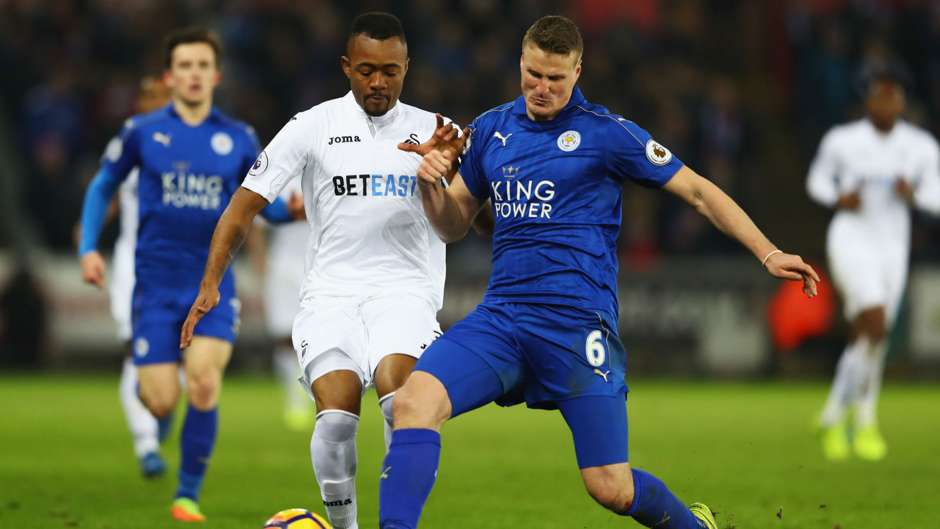 Ayew was on African Cup of Nations duty when his move to Swansea went through, and Clement had to wait until Ghana’s semi-final elimination before getting to put his acquisition through his paces.

The 25-year-old was eased in with a run of substitute appearances against Leicester, Chelsea and Burnley, he showed a couple of glimpses of his ability to beat a man but it was not enough to form a full impression of what he would bring to Swansea in the long term.

He was still very much finding his feet in his new surroundings.

Ayew’s opportunity for more regular football arrived when Fernando Llorente was forced off with a dead leg in the defeat at Hull.

Clement opted for Ayew ahead of Borja Baston to replace the Spaniard, but it is unlikely it will be a game he would look back on fondly.

Swansea lost 2-1 – a result that heralded an alarming loss of form – and Ayew’s team-mates seemed to think the 6ft 4in Llorente was still up top such was the frequency with which they pumped the ball up towards him.

He looked more comfortable playing as a winger at Bournemouth, but an ankle injury for Llorente saw him moved back up front against Middlesbrough.

Again, Swansea’s service to him would have been more appropriate for a man a foot taller than Ayew’s frame, but against Tottenham they made more allowances for his strengths and there was an improved display, including an assist for Wayne Routledge’s goal.

However, he struggled at West Ham – where he played in three different positions across the game – and was only a substitute at Watford. 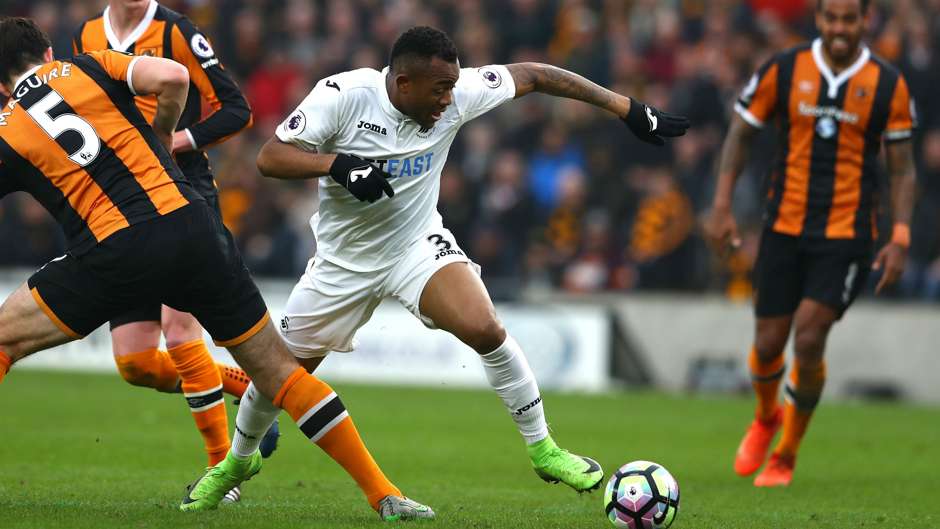 With Swansea having taken just one point from six games, Clement decided drastic action was needed and a midfield diamond with two strikers was adopted, starting with the home game against Stoke.

It worked. With Leon Britton at the base of the diamond, there was more authority and tempo in possession, and the two strikers allowed for a more varied attacking gameplan.

Swansea could continue to utilise Llorente’s physicality, but they did not need to be over-reliant on it.

Ayew’s pace and ability to run the channels allowed Swansea to stretch the game, as well as helping create more room to use the ball in midfield.

It has been kept in place against Manchester United and Everton and has been every bit as effective, with Ayew working tirelessly to provide a valuable outlet.

His goalscoring record is not great, and he should have done better with his volley against the post on the weekend, but the workaholic qualities he has brought in recent weeks are starting to make him a fan favourite.

It’s also worth noting he has racked up three assists in just 12 appearances. That is the second highest tally – behind only Gylfi Sigurdsson – in the Swans squad this season. What does the gaffer say?

Clement admitted he had admired Ayew's talent from his time coaching in France with PSG, and always maintained the forward would prove to be a real asset.

And, with him flourishing in a new system, Clement has had high praised for his January signing.

"Jordan has been right up the top in terms of his physical data," he said.

"I think it’s a nice balance. We’ve got Fernando with his back to goal and linking the play, then you’ve got Ayew stretching things.

"When you’re playing two strikers, that’s what you’re looking for; one who can come short, and one who can go behind. That causes the back four problems. They don’t know whether to go tight or drop off. It’s something else that’s been effective.

"He’s come close to getting a goal. He had two good opportunities against Stoke.

"There was one where it hit the inside of Butland’s heel and on any other day that would have gone in. At Man United he had a couple of good chances as well. I’m sure that will come and it will be the icing on the cake because he’s doing a lot of things right."

He still has areas to improve on, but Ayew’s recent performances suggest his unheralded arrival could yet prove to be a good bit of business for Swansea City.