Anthony Joshua unified the WBA, IBF and WBO world heavyweight titles as a controlled performance saw him earn a unanimous points win over Joseph Parker at a tense Principality Stadium in Cardiff.

But Parker was able to take his British counterpart through 12 rounds, the first time anyone has managed to do so.

Round 1 to Joshua (10-9, 1-0 Joshua): Could have gone either way, really, but Joshua pushed the action and did a good job cutting off the ring for about two minutes in the round. Not a whole lot of action connecting, just jabbing out so far.

Round 2 to Parker (10-9, 1-1 all): Parker finding a home with the right hand so far. Joshua is looking for some body shots to try and slow Parker down, and he's connecting some. A better round for Parker, who was in the center of the ring more often. Joshua needs to get a little busier here.

Round 3 to Joshua (10-9, 2-1 Joshua): Joshua settling in now, landing a big combination on Parker halfway through the round. Parker fighting smart, but he hasn't really done anything to get Joshua's attention yet. He's working in the jab in opportune moments, but Joshua isn't bothered yet.

Round 4 to Joshua (10-9, 3-1 Joshua): These early rounds have been close both ways, but Joshua is controlling the distance and trying to devote a bit more to the jab here. He's looking for a big right hand and missed a few times. Parker keeps moving, which will work to his advantage, but it might not work on the scorecards.

Round 5 to Parker (10-9, 3-2 Joshua): Joshua doing more work with the jab in this round, and Parker is slowing down a little bit. He's not moving laterally as much. He did do good work though, landing a glancing right hand. Not sure what more Parker can do, but this was his best round. 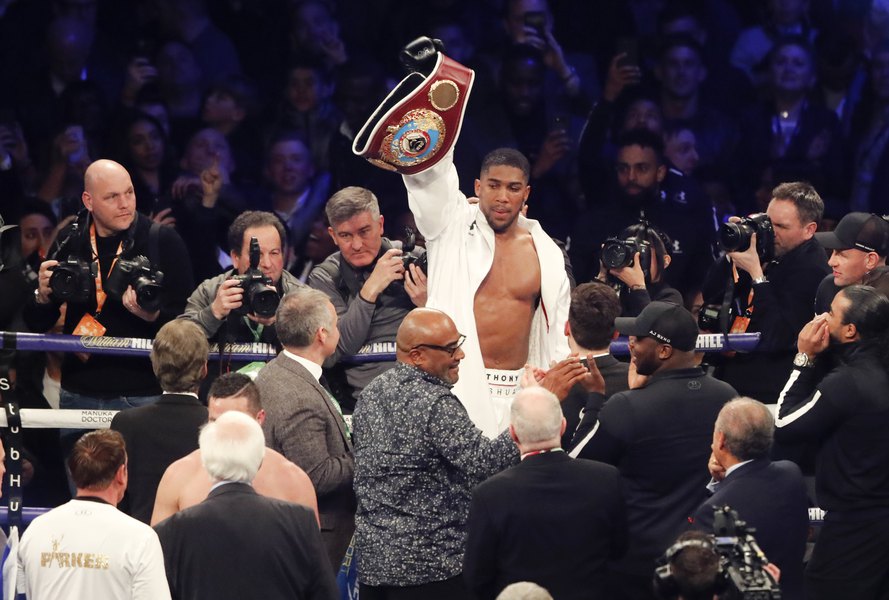 Round 6 to Parker (10-9, 3-3 all): There's the answer: Parker attacking Joshua a bit more in this round and it resulted in some good offensive exchanges. Parker is keeping Joshua from settling in to anything. I don't expect that to last much longer.

Round 7 to Parker (10-9, 4-3 Parker): Joshua needs to get busier, put more on Parker. Parker is fighting very similar to Takam: moving and creating weird angles and keeping Joshua off balance. It's a close fight. Very close.

Round 8 to Joshua (10-9, 4-4 all): Another very close round. Joshua is getting a little busier and looking for to land, looking for a big shot. He did land a left hook, but it wasn't clean.

Round 9 to Joshua (10-9, 5-4 Joshua): These rounds are so close. Both guys are matching each other's outputs, but Joshua did a bit more in Round 9 to win: he was looking for the jab and he still wants to land the uppercut, which he's tried about 10 times or so in this fight.

Round 10 to Joshua (10-9, 6-4 Joshua): Joshua was the aggressor again as he was in the early rounds. He was looking for the uppercut again and seemed to land a glancing blow. Parker is still doing an excellent job of not letting Joshua land any combinations or settle into his offense. Not much happening but Joshua is keeping Parker on his heels.

Round 12 to Joshua (10-9, 8-4 Joshua): Like everyone expected, it was a tactical showcase not ending in a knockout. In any case, it was an ugly, sloppy fight, not fun by any stretch, but it should result in a Joshua victory. We go to the scorecards.