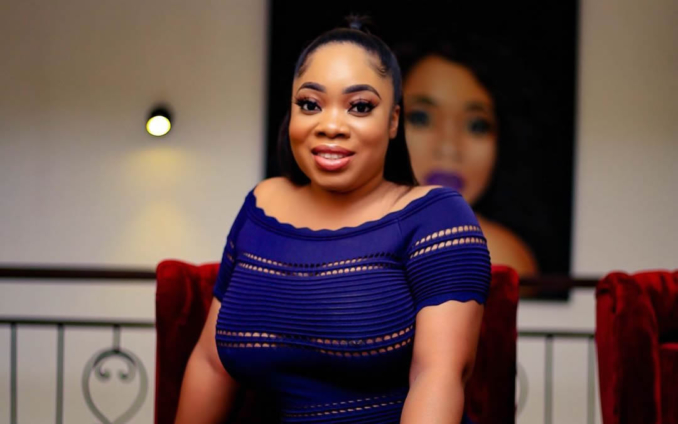 Actress Moesha Budoung has announced her return to social media in a new video posted on Snapchat.

Among other things, the actress said that she would be updating her fans and followers about her well being and what happened during the time she was off social media.

Moesha added that she would need a new Range Rover and prayed to God to bless her so she can acquire a new vehicle.

“It feels so good to be back on social media, and I can’t wait to tell the whole world about whatever happened to me, and I pray God gives me strength to overcome all the temptations.”

“May God bless me so that I can change my car because I am really tired of driving this car. I need a new Lexus Jeep, so help me God. God, I need a new Range Rover,” she added.

Moesha also assured her fans that she was not ‘crazy’ as people alleged during her breakdown in 2021.

The actress said she is just a new person and believes everyone will like the person she is now compared to previously.

“So guys, I am going to be saying a lot lately because so many people are calling my family, and everyone thinks I am crazy. I am not crazy. I am just a new person, and you guys are going to love the new me,” Moesha said.

Before her break, the social media sensation made some startling revelations about the life she lived over the years after becoming well-known in the country.

In a viral video sighted by Myjoyonline.com, the actress said she attempted to commit suicide by jumping off an uncompleted storey building but was stopped by some workers nearby.

She announced her repentance in a video as she shared her testimony.

The social media influencer deleted all her pictures in skimpy dresses on her Instagram page to walk the talk.

She emptied her account and sold her luxurious Range Rover car.

According to her, the money she used to live her extravagant lifestyle is “dirty”; thus, she no longer wants to associate herself with it.

Following a sudden breakdown in 2021, Moesha has been on and off social media to protect her mental health.

DISCLAIMER: The Views, Comments, Opinions, Contributions and Statements made by Readers and Contributors on this platform do not necessarily represent the views or policy of Multimedia Group Limited.
Tags:
Moesha Buduong
Social Media