I owe no apology to government – Gabby 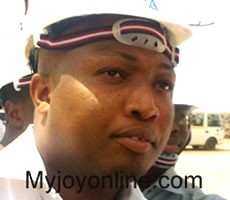 The Executive Director of the Danquah Institute says he is unwilling to retract and apologise to government his allegation that brokers of the controversial $3 billion Chinese loan being sourced by government are guaranteed $30 million.

Gabby Asare Otchere Darko says his comments are based on facts and figures inherent in the amended $3 billion loan agreement and so owes nobody any apology.

Government has issued a statement calling for an immediate retraction and apology for the comments in which Gabby alleges “chop chop”.

Government spokespersons have been denying the allegation while others have hinted legal remedies if Otchere-Darko fails to retract and apologise.

Deputy Finance Minister, Seth Terkper said Otchere-Darko’s claims can only be false. He said nowhere in the agreement is a facilitation fee assured.

His colleague at the Information Ministry, Samuel Okudzeto Ablakwah, has also described the comments as reckless and vicious which should not go unchecked.

He said government is open to criticism of the loan but will not under any circumstance allow corruption motives to be impugned.

He said the Government of Ghana is dealing directly with the Chinese Development Bank and “there is no arrangement fee or facilitation fee in this whole terms and conditions of this loan.”

Okudzeto Ablakwah maintained the only motive behind this loan is driven by the unfettered desire to improve Ghana’s infrastructural deficit.

“So to say that somebody somewhere needs to get $30 million that is why we are rushing this loan is very disingenuous and unacceptable,” he lamented.

He said Gabby Otchere Darko must either retract or apologise or be willing to substantiate the allegations. Otherwise, he should be ready to face possible legal action from stakeholders.