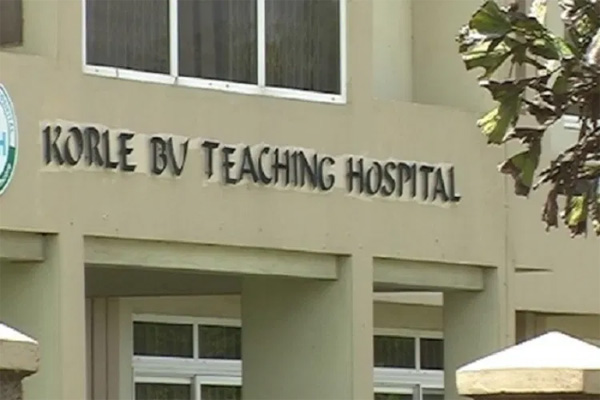 A Former Board Chairman of the Korle-Bu Teaching Hospital has revealed that he was sued for instituting reforms at the Hospital.

Speaking on the Super Morning Show on Wednesday, October 27, 2021, Dr Bernard Okoe Boye, stated that this happened after an audit was conducted and the outcome resulted in the Board having to effect some changes in the leadership of various departments.

“The Board did an audit of the leadership when we realised that there were some gaps. People were holding positions that they had no capacity to hold and if the leader has not got the capacity, there’s little he can do. So we had to sign them off [and] within a spate of a month, about 80 percent of leadership changed and it changed through due process,” he said.

Dr Okoe Boye was appointed Board Chair of the Korle-Bu Teaching Hospital in 2018 by President Akufo-Addo. During his tenure, he instituted various reforms which he has detailed in his new book, titled ‘The Mother in the Monster.’

After reading Professor Frimpong Boateng’s book about the Korle-Bu Teaching Hospital ‘Taming the Monster,’ in which he spelt out the challenges of the hospital, Dr Okoe Boye said he was inspired to institute reforms “and the vision was to make it a safe place for all patients.”

But this, according to the Medical Doctor, did not come without a fight as some of the Directors who were affected by the house cleaning exercise were not pleased. One filed a case against him at an Accra High Court.

“So there’s this perception that directorship is a lifetime career, which should not be so. Directorship is a privileged position that you occupy. You must have some profession already and then you are appointed as a director with a term and if the term expires you can get a renewal.

“But there was this director who said ‘why do you want me to go? I’m supposed to be here till I’m 60 years. So he sued me in court.

The former MP for the Ledzokuku Constituency was delighted to note that he won the legal tussle.

“By the grace of God we won the case and that opened the door for the reforms,” he revealed.

Among the reforms he highlighted was a change in the succession structure of the Hospital which he said had been a challenge for so many years.

“Until I got to Korle-Bu, most of the heads of departments were being appointed by the University of Ghana and people were asking how that was possible.

“For many years, the appointment letters were emanating from the Vice Chancellor’s office with little or no input from the Board and the CEO. But when I came, we did an audit and I realised that Section 41 of the Act that established Korle-Bu, states that the Board of the Hospital in consultation with the Medical School shall appoint all heads of unit.

DISCLAIMER: The Views, Comments, Opinions, Contributions and Statements made by Readers and Contributors on this platform do not necessarily represent the views or policy of Multimedia Group Limited.
Tags:
Accra High Court
Dr Okoe Boye
Korle-Bu Teaching Hospital
Reforms