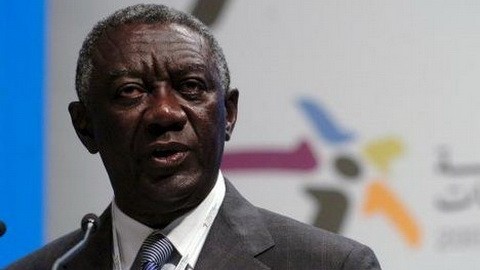 Former President John Agyekum Kufour has warned New Patriotic Party (NPP) members vying for positions they will not get his support should they use inappropriate channels to get themselves elected to office.

The party will this year go to the polls to elect National Executive Officers ahead of the 2016 elections.

President Kufour told TV3 network in an interview on Tuesday that NPP candidates must abide by the rules governing the process.

"If you want to use cutting of corners to get to your position…you want to be 'over-clever' within the system,  then you are not a true democrat and I wouldn't support you", he told party members.

"What I urge every [candidate] to do is to work within the ambit of the constitution and compete fairly", he added.

The contest for the Party Chairmanship will be between incumbent Jake Otanka Obetsebi Lampety, and two other hopefuls – Steven Ntim and Paul Afoko.

Elections ended for the party's Constituency Executives in December 2013 as part of preparations towards the 2016 general elections.

The elected officers will constitute delegates who will elect Parliamentary Candidates and the party's flagbearer for elections in 2016.