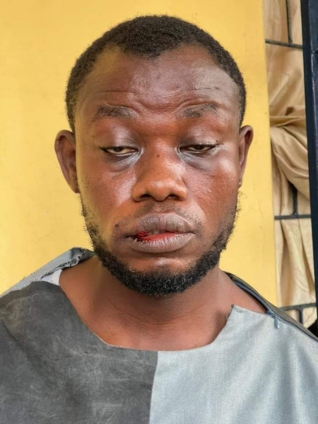 The Inspector General of Police (IGP), Dr George Akuffo Dampare, has assured assaulted staff of Takoradi-based Connect FM that a full-scale investigation will be invested into circumstances leading to his assault without any partiality.

According to Connect FM, sources at the Police Intelligence and Professional Standards Bureau [formerly PIPS] have told them that investigations into the matter have already commenced on the instructions of the IGP.

In an interview with Accra-based 3news.com, the assaulted journalist revealed that he had a call from the IGP himself on Monday.

During their interaction, Dr Dampare stated his desire to handle his issue personally.

“I was going about my production duties when I had a call this morning. It was a strange number. I picked, and the person on the other side of the line introduced himself as the IGP. He asked how I was doing and asked me to tell him what had happened. I gave him the details.

“The IGP apologised and assured me that he will not let the issue rest until the truth is established. He told me he has instructed the Police and Professional Standards Bureau to commence investigations quickly and that someone will contact me from there.”

Mr Gyetuah indicated that a few minutes after his telephone conversation with the IGP, he had a call from the Police and Professional Standards Bureau asking about the case and the possibility of coming to Accra to support with investigations.

“I came to meet a missed call and a text message. The text message was from someone who said she was ACP Lydia Donkor, Director General Police and Professional Standards Bureau. So, I replied to the call, and she reiterated what the IGP had said”.

He stated that IGP has also been in constant touch with the Station Manager, Nana Osei Asare, on the issue, adding that the management of Media General is also working on the issue.

Meanwhile, Mr Gyetuah complains of body pains and difficulties with hearing in the right ear.

“Since the incident happened, there have been some changes with hearing with my right ear. Occasionally, there will be a discharge from it. I will go to the ENT for a checkup this week.”

On Thursday, February 3, the media practitioner was allegedly assaulted by some five officers at a popular eatery in Takoradi in Western Region.

Nana Gyetuah reportedly took photos of some arrested individuals the police had brought to the restaurant and refused to delete the photos when they confronted him.