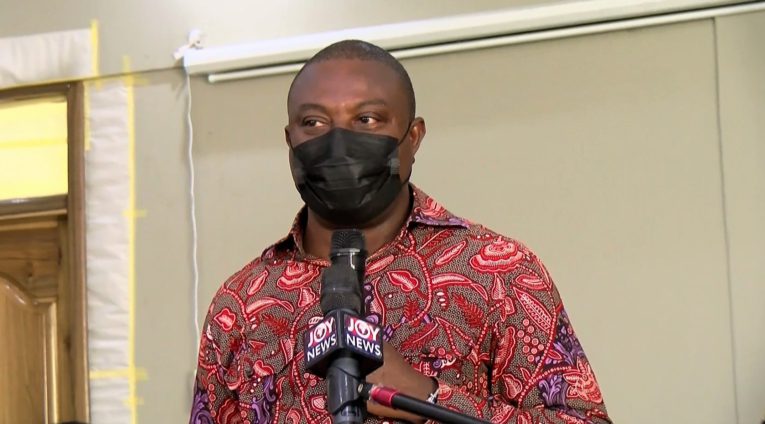 The Chief Executive of the Forestry Commission has described illegal logging in forest reserves as a national security issue that calls for a holistic approach.

Speaking at a staff durbar at Sefwi Wiawso, he revealed the Forestry Commission mandated to protect the country’s natural forest resources has shown the zeal to deal with the menace.

But first, he wants all hands on deck as the commission introduces measures, including increasing the number of guards and building military camps in some designated points, among others.

“The problem we have here is not a single regional problem; it’s a problem along the whole corridors of Bono, Ahafo and Western North Region, so if we’re able to fix this problem, we would have solved a huge national security issue.”

Illegal loggers armed with sophisticated weapons have always been on coalition course with a staff of Forestry Commission who patrol these reserves unarmed in some instances.

Through the approval of the board, the Forestry Commission has employed some more guards as it arms them to face the task ahead.

The Lands and Natural Resources Ministry is promising government’s support in addressing the menace.

In charge of Lands and Forestry, Deputy Minister for Lands and Natural Resources says no stone will be left unturned in clamping down on illegal chainsaw operations.

According to him, “the high rate of illegal chainsaw operations will not be allowed to thrive.”

“The issue of illegality in terms of chainsaw and illegal logging in this region is a serious issue. We will make sure it is brought to a halt,” he assured.

Benito Owusu -Bio says there are efforts at beefing up security in the region.

“The Minister for Lands and Natural Resources has tasked the Forestry Commission and REGSEC to come up with a budget in terms of beefing up security.

The minister is working on it so that we can get some vehicles and gadgets to enable you to do your work”.

The Forestry Commission Board has been touring some forest reserves in Western North as it paid a courtesy call on the Omanhene of Sefwi Wiawso, Katakyie Kwesi Bumangama II.