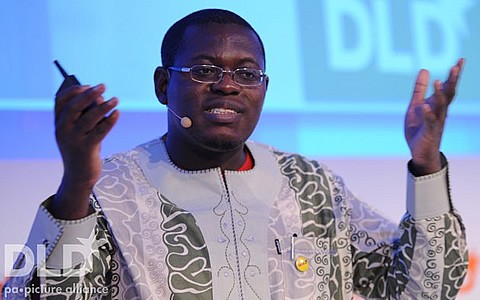 President Mills is being cautioned against resting the country’s infrastructure development plans on the 3 billion loan from the China Development Bank.

Policy think tank, IMANI Ghana in a statement raised the caution on the heels of President Mills pledge during his New Year message that government will use the $ 3 billion Chinese loan judiciously.

But head of research t IMANI, Bright Simmons, doubts whether the loan is a panacea to the nation’s infrastructural challenges.

Speaking to Joy News on Monday, Mr Simmons said government must stop putting her faith in the loan because the country is far from getting the loan.

But in a swift reaction, the Information Ministry has debunked the position of IMANI Ghana. In a statement, the government said IMANI confuses the Framework Agreements signed with the Chinese authorities (CDB and China EXIM Bank) in September 2010 (during HE President Mills’ visit to China) with the Master Facility Agreement (MFA) which Parliament approved in August 2011.

According to the statement, IMANI refers to a Master Framework(not Facility) Agreement in its analysis but government says what is has is a Master Facility Agreement which is a firm and binding Agreement with China Development Bank.

It also said the availability period for drawing down on the two tranches (US1.5 billion each) under the MFA is five (5) years, not three years.

Furthermore, the Information Ministry criticized IMANI for suggesting that the amount that CDB lends for foreign operations is inadequate, saying the Mills government does not view 17.5 percent of US$800 billion (or US$140 billion) as an insignificant amount in terms of development bank, multilateral or bilateral financing.

The statement reiterated government’s belief in the deal saying it is prudent for Ghana to tap this source of financing to diversify its traditional sources of financing infrastructure development, notably for commercial projects.

Meanwhile, former President John Agyekum Kufuor in an interview with Joy News stressed on the need for President Mills and the government to deliver on promises made to Ghanaians and not to repeat the mistakes of 2011. He says what Ghanaians need to see are the physical evidence of the loan and not mere talk.