Imprisonment of fishers will be enacted in our laws – Fisheries Minister 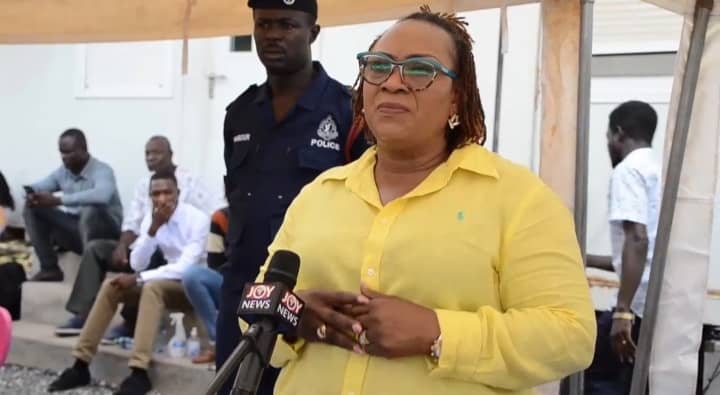 The Minister of Fisheries and Aquaculture, Mavis Hawa Koomson, has disclosed that plans are underway to ensure fishers are imprisoned for three to six months maximum when caught engaged in illegal Unreported and unregulated (IUU) fishing practices.

The sector minister, speaking to the media in Takoradi, explained that the decision to imprison recalcitrant fishers is the surest way to deter them from engaging in any fishing illegalities since sanctions enacted over the years have not yielded the needed result.

She disclosed that currently, fisherfolk who were arrested when caught engaged in IUU were taken to court, fined and released.

“We are going to have a discussion and make sure, it is also going to be part of our laws that when you are engaged and arrested, you have to be in prison at least for three months or six months maximum and that may serve as a deterrent for them.

She added that when fishers continue to engage in IUU, her Ministry might be forced to discontinue the supply of relief items during the closed season.

“You can see the kind of items we have behind me, so if government will spend money to get you all these items and the at the end of the day you still go back and do your old things.”

“Things that are not healthy for the sea then why do we continue to support you? We will have to stop it,” the Minister said.

Addressing a ceremony to hand over some relief items to fish processors and traders in the Western Region, Mavis Hawa Koomson said she was happy about the gains made from the closed season this year.

“We had engagements with our neighboring countries, that is Cote D’Ivoire, Togo and Benin, about a week or two ago I was even in Cote D’Ivoire and they are all coming on board”.

“They are all coming on board. Cote D’Ivoire would have even observed the closed season this year but they couldn’t do their stakeholders consultations well and so we went there to tell them what we are doing.

“So, they have promised to come on board next year. The same applies to Benin and Togo. So next year, 2023 we are all going to observe the closed season at the same time,” she noted

Acting President of the National Canoe Council, Nana Joojo Solomon advised fishers to adhere to all fisheries regulations and laws since it`s meant for their own good.

He says fishers should take a paradigm shift in thinking about their industry by involving themselves in doing the right things.

“Nobody from the ministry of fisheries, fisheries commission or elsewhere outside industry does fishing so the destruction is done by nobody else but our own fishermen.”

“So we are saying to every fisherman that what we should trend around for the next one year is that when you see illegality say it, report it “.

On the decision to imprison fishers he says the laws of the industry rest in the bosom of the Minister.

“She has tried so many things sanctioned   communities with premise fuel and then it had an effect on the party, government, politicians”

“And there again she is all confronted with all these frustrations so now she thinks that the law should take its course and see that it’s deterrent enough “he added.

Western Regional Minister Kwabena Okyere Darko-Mensah noted the commitment of women in the fish value chain and the amount of wealth they generated to support their families.

The relief items were made up of two hundred deep freezers, 1,900 aluminum basins and 500 bundles of wire mesh.